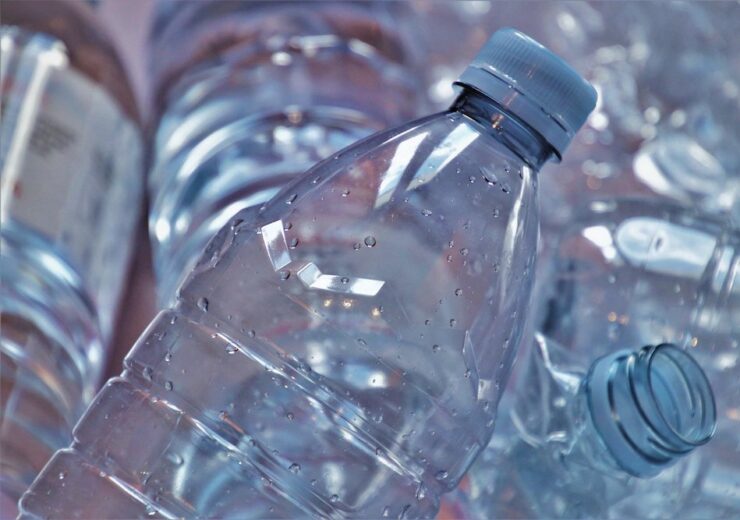 The actions outlined in the reports could result in a cut of global emissions from plastic from 1,984 megatonnes (Mt) of carbon dioxide equivalent (CO2e) to 790 Mt CO2e in 2050 (Credit: Pixabay)

This week, a set of reports outlining how industries, including the packaging sector, could reduce their plastic consumption between now and 2050 have been published by think tank the Overseas Development Institute (ODI).

Revealed at the beginning of the New York Climate Week, the ODI details what actions could be taken to halve plastic consumption over the next 30 years, recycle 75% of the plastic that remains in use, and increase the amount produced without fossil fuels.

This could result in a drastic cut of global emissions from plastic from a current 1,984 megatonnes (Mt) of carbon dioxide equivalent (CO2e) to 790 Mt CO2e in 2050.

If the packaging industry takes the action outlined in its report, the think tank claims it could reduce its plastic use by 78% by 2050.

ODI’s lead researcher on the Phasing out Plastics report Andrew Scott said: “Despite substantial attention being paid to plastic pollution and recycling, greenhouse gas emissions from the production of new plastics are set to increase dramatically.

“To confront the climate crisis, we must truly recognise plastics as a climate issue and raise our ambition beyond reusing and recycling to significantly phasing out plastics altogether.

“Our research shows that this is technically possible – but it will require public and political will, as well as leadership from industry.”

From more durable packaging to increasing the use of deposit return schemes (DRS), we look at seven suggestions outlined in the packaging report.

The increase in the number of business and revenue models developed over the past few years has allowed for reusable packaging’s introduction for pick-up and delivery, as well as product packaging.

This could come in the form of online stores such as supermarkets where people shop regularly, platform-as-a-service (PaaS) models where customers purchase the service, or community-supported agriculture where consumers are delivered a weekly box of local produce.

All these systems are heavily reliant on some sort of durable packaging.

The ODI estimates that the consumption of durable packaging will be at 9.9Mt annually by 2050.

It also predicts that 80% of durable or reusable packaging will be recycled by 2050 — assuming a 91% collection rate — as these changes would allow suppliers, retailers and couriers to retain greater control over end-of-life packaging.

Alongside this, consumers could be incentivised to bring their own end-of-life durable packaging to a collection point.

For some single-use packaging applications, plastic can be substituted for alternative materials already.

For example, expanded polystyrene — which has almost no recycle value — can be substituted with mushroom packaging. Furniture giant IKEA said in 2018 that it would begin to implement this across all its products.

This type of substitution, according to the ODI, could result in a 131Mt reduction in plastic demand annually by 2050.

However, this does not mean any alternative material is better than plastic as a substitute.

According to the UN in 2014, as plastic is relatively lightweight, the environmental cost per unit of alternative material could exceed that of plastic.

Additionally, Trucost — a company that assesses risk relating to climate change — revealed that, in terms of weight, alternatives — such as paper, wood, and metal — could require more than four times the amount of material to perform the same function as plastic.

This, alongside the effectiveness of collection and recycling, could lead to a greater environmental footprint if certain alternatives were used as a single-use packaging item.

According to the ODI, a critical step in curbing the growth in single-use packaging is by banning the most problematic items.

These include items that are known to be littered frequently, contain hazardous substances, or are difficult or impossible to recycle.

Regulations are already in force in some regions, with countries introducing bans on single-use plastic bags – including several developing states in Africa with limited waste management capacity.

The EU and China have also either introduced, or are preparing to introduce, bans on a range of common plastic tableware, such as straws and stirrers.

A major reason behind these moves is to reduce the amount of virgin plastic that’s on the market.

4. Increase the use of deposit return schemes

DRS, for some states across the world, is already commonplace with Germany and the Netherlands using it for PET plastic bottles.

The system sees consumers pay a small deposit on a beverage container that can be redeemed if it is disposed of at a DRS recycling centre.

DRS recycling rates are typically higher than kerbside recycling and could be expanded to include high-value plastic packaging items.

For example, Norway has achieved a plastic bottle collection rate of 97% through a combination of DRS and per-bottle tax levies on companies manufacturing or importing plastic bottles.

5. Enhancement of sorting and recycling

It’s estimated by the British plastic industry that as much as 80% of existing packaging could be made more recyclable material.

This could impact the feasibility of after-use processes, such as sorting and cleaning, as well as the volume of recyclable content available.

The ODI report highlights that there is also room for significant improvement and innovation in mechanical recycling.

This includes making improvements to optical sorting technologies that can recognise different plastic types by illuminating the material and analysing the reflection spectrum.

The use of this image-sorting technology could be used to recognise specific packaging items, using chemical markers that can be read by machines.

The potential use of chemical recycling for materials that mechanical recycling can’t repurpose is another area highlighted by the report, which could enable “infinite” loops.

Various technologies used for this, such as pyrolysis and depolymerisation, do however face challenges that will need to be overcome to make them technically, economically and environmentally viable.

The expanding use of 3D printing, according to the ODI, could hold a lot of promise for the production of a variety of products.

This could alter how and where they’re produced, which, in turn, could impact the role and necessity of packaging.

And a global network of 3D printers with spare capacity could also give consumers access to 3D printing closer where they live.

Alongside this, plastic waste could directly be converted into new objects through this technology.

For example, technology company ReDeTec has developed a 3D printer — ProtoCycler — that can be loaded with plastic waste, such as empty bottles, and used to create filaments that are then used to print new items.

Self-dispensing systems, that allow consumers to use their own containers to purchase food, have become increasingly popular over recent years, with Waitrose’s Unpacked store a good example of this.

Some stores do provide containers for customers to fill, and while these traditionally have come in the form of transparent plastic bags, store-provided refillable containers against a small deposit have also been used by some shops.

This is the case for recycling company TerraCycle’s Loop business, which was launched in 2019, and is now being tested by a range of brands and supermarkets such as Carrefour and Tesco.

The company offers reusable containers that are designed for a hundred or more reuse cycles where consumers pay a small returnable deposit.

Loop predominantly works with online retailers, delivering reusable containers to consumers and picking up their used ones, which are then washed and cleaned for reuse at a central facility.

Restaurants could also be encouraged to reduce single-use packaging through some sort of refill system.

Currently, delivery and takeaway food services present a particularly high risk of littering because of their on-the-go nature, with the sector attributable to a major proportion of items commonly found on beach clean-ups.