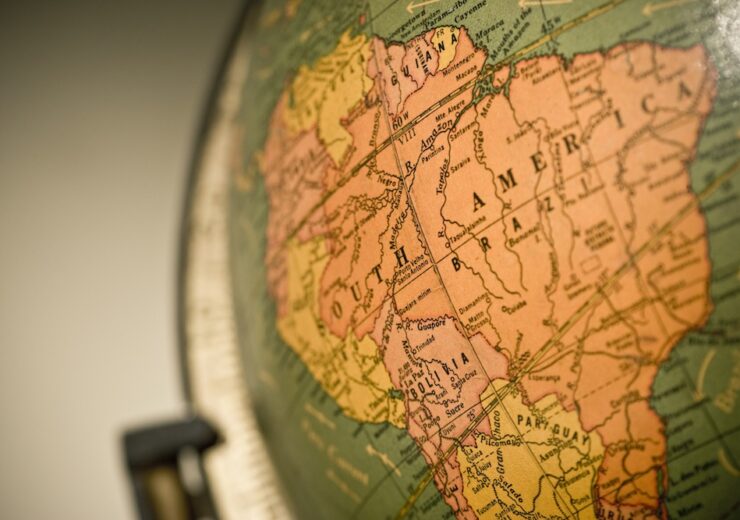 In South America, packaging companies are a part of one of the continent’s most significant industries, namely manufacturing.

Other businesses heavily involved in the marketplace include wool, copper, tin and iron – as well as oil, natural gas and petroleum products.

One of the centres of manufacturing in South America is the Brazilian city of Sao Paulo – which it’s estimated about half of all Brazil’s industrial goods – including two of the biggest packaging companies in the region.

From paperboard packaging producers to glass container makers, we look at the five biggest packaging companies in South America by revenue.

Founded in the Chilean city of Puente Alto in 1920, Empresas CMPC was and has always been a manufacturer and seller of products derived from wood grown on sustainable, certified plantations, as well as from recycled materials.

The firm is currently based in the Chilean capital of Santiago, with its 40 industrial plants distributing products to more than 45 countries around the world.

CMPC currently employs more than 17,000 people, some of which are involved in its research, development and innovation work.

This includes its packaging division creating stucco – a product that maintains the characteristics of conventional cardboard – free cardboard.

Additionally, the company developed a programme of genetic improvement that has given it important increases in the yields from pine and eucalyptus plantations.

This saw it use conventional non-transgenic techniques, avoiding the transfer of genes from one organism to another, but employing the latest technological discoveries about the early selection and propagation technology.

Since 2016, the firm has been run by its president Luis Felipe Gazitua, who currently runs a company that, according to analytics company GlobalData, generated revenues of $6.2bn in 2019.

It was founded in 1952 in order to manufacture and sell steel containers to meet the needs of the growing Venezuelan industry.

The firm is now predominantly involved in the development of metal packaging and glass products for domestic and industrial use.

Currently operating four sites in Venezuela, the firm is currently run by its chairman Gustavo Roosen, and its CEO and director Tomas Roosen.

Founded by a Ukrainian immigrant Leon Feffer in Brazil in 1924, Suzano began operations 17 years later in the Ipiranga district of the country’s most populous city of Sao Paulo.

In 1956, the firm began production of pulp from eucalyptus trees, which would revolutionise the industry both in Brazil and worldwide – with it becoming the first business to produce pulp and paper using 100% eucalyptus fibre on an industrial scale five years later.

In 2004, Suzano formed a consortium with fellow pulp and paper company Fibria to acquire Rispasa, with Suzano buying all of the shares in 2011.

In 2019, Fibria and Suzano completed a merger, with the firm now being the world’s largest pulp producer.

The firm, which according to GlobalData currently employs more than 14,000 people, operates more than 40 sites across four continents.

Suzano’s current CEO Walter Schalka is in charge of a company that, according to GlobalData, generated $3.6bn in revenue in 2019.

Klabin, which is Brazil’s biggest paper producer, exporter and recycler, was founded in 1889 and according to GlobalData recorded revenues of $2.6bn in 2019.

The firm was founded by Lithuanian immigrant Mauricio Freeman Kalbin when he arrived in the country and settled in the city of Sao Paulo.

It began as a printer and office supplies business, before moving to the paper corrugated board businesses in the 1930s and 1940s.

The company is involved in four areas – these being the forestry, pulp, paper and packaging sectors.

Moreover, it’s a developer of industrial bags and corrugated board packaging, while it’s the only Brazilian business to simultaneously supply hardwood pulp, softwood pulp and fluff pulp to the market.

It owns 25 industrial units – 24 of which are based in Brazil and one in Argentina – as well as four business units.

The firm’s CEO Cristiano Cardoso Teixeira is in charge of a company currently employing 23,000 direct and indirect people.

Cristalerias de Chile was founded in 1904, with the Chilean firm currently run by its chairman Baltazar Sanchez Guzman.

The firm is predominantly involved in the production of glass containers, however it also produces plastic containers, closures and crates.

Most of these products are sold to those within the wine, liquor and beer manufacturers, as well as the non-alcoholic beverages sector, and the food and pharmaceutical industries.

In addition to this, the business is a distributor of paper and packaging products, as well as decorated coated containers.

Based in the Chilean city of Las Condes, the firm has – according to GlobalData – 1,815 employees and generated $473m in revenue in 2019.