From Stora Enso to Smurfit Kappa, NS Packaging looks at the five biggest packaging companies in Europe based on revenue 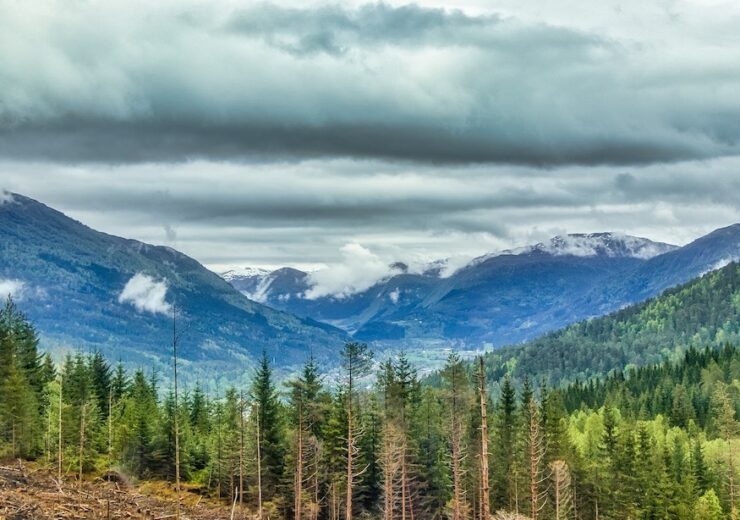 Paper and cardboard packaging began to gain prominence in the early 1900s, with European businesses - especially those based in Scandinavian countries - still prominent today (Credit: Pixabay)

Packaging has a long history in Europe, with companies in the region making an impact in the industry to this very day.

It’s estimated that glass and wood packaging have been used for around 5000 years, with British inventor Peter Duran obtaining the patent for the first metal packaging made from sheet metal in 1823.

Paper and cardboard packaging began to gain prominence in the early 1900s, with European businesses – especially those based in Scandinavian countries – still prominent today.

From those involved in glass to those developing paperboard products, we look at the five biggest packaging companies in Europe based on revenue.

Founded by Ruben Rausing in 1951 in the Swedish city of Lund, Tetra Pak started off life as a subsidiary of Akerlund Rausing.

A year later, the first Tetra Pak machine for tetrahedron-shaped cartons – a product that the firm is famous for – was delivered to the Lund dairy, with the packaging of cream in 100m cartons beginning in November, before it established itself as a business in its own right.

Tetra Pak became a subsidiary once again when it created a new parent company that was formed under the banner of Tetra Laval.

This came about following its acquisition of Alfa Laval – one of the world’s largest suppliers of equipment and plants to the food industry – in 1993.

The firm is most known as the inventor and leading supplier of tetrahedron beverage packaging.

Formed in a pyramid shape, it’s designed to make drinks products easy to access for consumers, who need only to tear it open.

Alongside this, it’s a developer of distribution tools such as accumulators, cap applicators, conveyors, crate packers, film wrappers and line controllers.

Currently an employer of 25,555 people across 30 packaging materials factories, Tetra Pak is run by Adolfo Orive, who has been in that position since 2019.

Finnish company UPM-Kymmene has its origins in the country’s forestry industry, with the group’s first mechanical pulp mill, paper mills and sawmills starting operations in the early 1870s.

It began pulp production in the 1880s and paper converting in the 1920s, with plywood manufacturing starting in the following decade.

The firm is predominantly a manufacturer of pulp packaging, timber products, plywood, specialty and communication paper, and on-pack labeling.

In addition to this, it’s involved in the biofuels and energy industries.

The company, which has its headquarters based in the Finnish capital of Helsinki, currently employs 18,700 people operating production in 12 countries, selling its products across six continents.

In the early years following the merger, the company expanded its operations by acquiring wood products businesses in Europe and, through its purchase of Consolidated Paper, North America.

As a business, the company is predominantly known as a pulp, paper and corrugated packaging manufacturer – but is also involved in wooden construction and biomaterials.

Alongside this, it’s highly active in sectors such as building, retail, food and beverages, manufacturing, publishing, pharmaceutical, cosmetics, confectionery, hygiene and textiles.

Its head office is based in the Finnish capital of Helsinki, with the firm currently employing more than 26,000 people across more than 50 sites.

Stora Enso’s current CEO is Swede Annica Bresky, who is in charge of a company that recorded net sales of $11.8bn in 2019.

Currently run by CEO Anthony Smurfit, Smurfit Kappa was set up as a manufacturer of cardboard packaging boxes in the Dublin suburb of Rathmines.

The firm continued to grow internationally, with it acquiring a 40% stake in the Chicago-based paper and packaging business Time Industries – taking 100% of the company in 1977.

That same year Jefferson Smurfit passed away, with his son Sir Michael Smurfit in 1977.

Eight years later, Forbes magazine named JSG as the number one business in the world by earnings growth.

In 2002, JSG was bought out by Chicago-based private investment firm Madison Dearborn, with Sir Michael stepping down as chief executive of the company that same year.

It was initially founded in 1932 as the Irish Glass Bottle Company in Dublin, becoming Ardagh Group after Irish billionaire Paul Coulson acquired a stake in the firm in 1998.

The firm is most well known as being in the glass packaging market, currently producing containers for the beer, beverage, wine, food, spirit, cider and non-alcoholic beverage marketplaces.

In addition, it’s involved in the metal can manufacturing sector, serving markets in Europe and the Americas.

Ardagh Group is currently based in Luxembourg, employing more than 16,000 people across production facilities in 12 countries.

The firm’s chairman and CEO is Paul Coulson – with the Irishman being chairman of the business since he purchased a stake in the company in 1998.