From paper packaging firm to plastic bottle producers, NS Packaging looks at the five biggest packaging companies in the Middle East and Africa by revenue 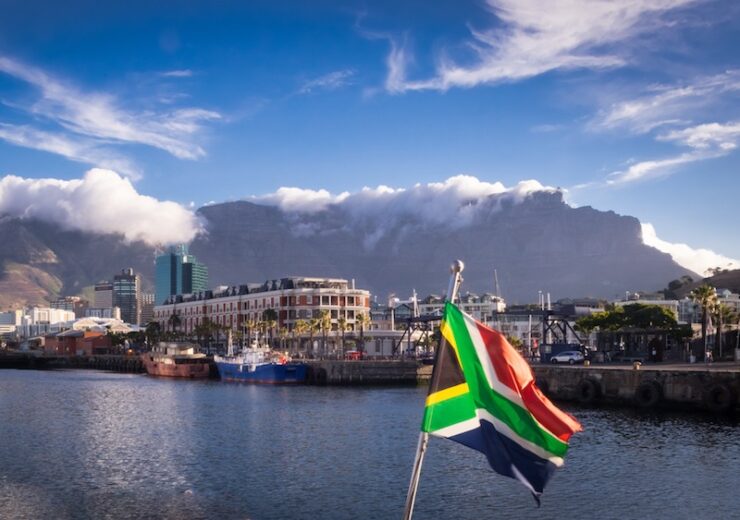 The top three biggest packaging companies based in the Middle East and Africa are in South Africa (Credit: Shutterstock/4uphoto_Valeria De Mattei)

With 58% of global consumers feeling financially better off than they were five years ago in many emerging markets from across the globe, including those in the Middle East and Africa, companies in a range of industries – including packaging – are looking for more ways to engage with people in those marketplaces.

And packaging in these areas is growing, with market researcher Mordor Intelligence projecting the sector in Africa to reach a compound annual growth rate of 8.4% between 2020 and 2025.

In addition to this, growth is expected for a range of packaging types – including flexibles, cartons and corrugated products – in both the Middle East and Africa.

As such, NS Packaging looks at the five biggest companies in the Middle East and Africa by revenue.

The early years saw the addition of paper machines, several mill expansions and the development of its own Saxpoxyl oxygen bleaching process.

In 1973, the firm was re-registered as Sappi limited, with it growing globally during the 1990s and the early 2000s through a series of acquisitions in the UK, Europe and the US.

The company, which employs more than 12,800 people in more than 35 countries, has operating units and sales offices on six continents and customers in more than 150 countries.

Sappi’s CEO and executive director Steve Binnie is in charge of a company that in 2019, according to data analytics firm GlobalData, generated $5.7bn in revenues.

Founded through a series of acquisitions in 1968, National Amalgamated Packaging (Nampak) was listed on the Johannesburg Stock Exchange a year later.

In the 1990s, the firm expanded in the UK through the acquisition of BlowMocan and into Europe through its purchase of Plysu.

Since then, the company expanded into countries including Nigeria, Malawi, Angola, Mozambique and Kenya.

In 2015, it sold its tissue, corrugated and sacks division to a private equity firm, as well as its flexible plastics business to Amcor.

The firm is predominantly involved in the manufacturing of liquid plastics, closures and tubes, crates and drums, and rigid plastics.

In addition, it’s a developer of metal bevcan and food products, as well as paper packaging in the South African and East African marketplaces.

According to GlobalData, the business employs more than 5,000 people, with packaging development facilities in Botswana, Zambia, Zimbabwe and the UK.

The firm’s current CEO Erik Smuts is in charge of a company that, according to GlobalData, as of 2019 recorded $1bn in revenues.

Based in South Africa’s biggest city of Johannesburg, Mpact is one of southern Africa’s largest paper and plastic packaging, and recycling businesses.

The company is heavily involved in the recycling, paper manufacturing and converting sectors, as well as plastic packaging – making trays, film, containers and PET preforms, bottles, jars and closures.

In 2019, the firm had more than 5,000 employees working in 41 sites in South Africa, Namibia and Mozambique.

A significant part of Mpact’s business is its recycling division, with the company being It’s South Africa’s largest collector of recyclable packaging, it collects more than 624,000 tonnes of paper and plastic recyclables from pre and post-consumer sources.

Mpact’s current CEO is Bruce William Strong, who has been at the company since 2009 after previously holding management level roles at packaging giant Mondi.

According to GlobalData, in 2019 the firm generated revenues of $802m.

Hadera Paper was founded in 1951 when a group of American investors established an import-replacement industry in Israel.

The firm, which is currently a subsidiary of private equity company FIMI Opportunity Funds, manufactures a wide range of products including writing and printing paper, packaging paper, cardboard and corrugated fiberboard.

A publicly traded business listed on the Tel Aviv Stock Exchange, it also provides office supplies to businesses and organisations.

Recycling and sustainability has also been an important part of its business model, and in recent years it has focused its efforts on the technological development of products that sustain these values.

Each year, the company produces 130,000 tonnes of paper and imports an additional few dozens of thousands from leading paper producers.

The firm’s current chairman is Ishay Davidi, and, according to GlobalData, employs more than 1,000 people and generated in 2019 revenues of $498m.

Takween Advanced Industries started off life as the Al Othman Factory for Plastic Products, a branch of an establishment owned by Mohamed Abdullah Zaid Al Otham.

The Saudi-based firm, which is a subsidiary of investment management firm Al-Othman Holding company, is predominantly involved in the plastic packaging space.

These products include bottles made from HDPE, PET and PP, as well as PET preforms, HDPE containers, and plastic caps and closures.

In addition to this, the company is involved in flexible packaging, thin-walled containers, drums, crates, plates and nonwoven fabrics.

The business, which according to GlobalData currently employs 498 people, is operated by its chairman Khalid Abdulrahman Al-Rajhi, as well as its managing director and assigned CEO Jameel Al-Mulhem.

According to GlobalData, in 2019 the firm generated $359m in revenue.