NS Packaging looks at the history of O-I Glass, what the firm manufactures and how the company is making itself more sustainable 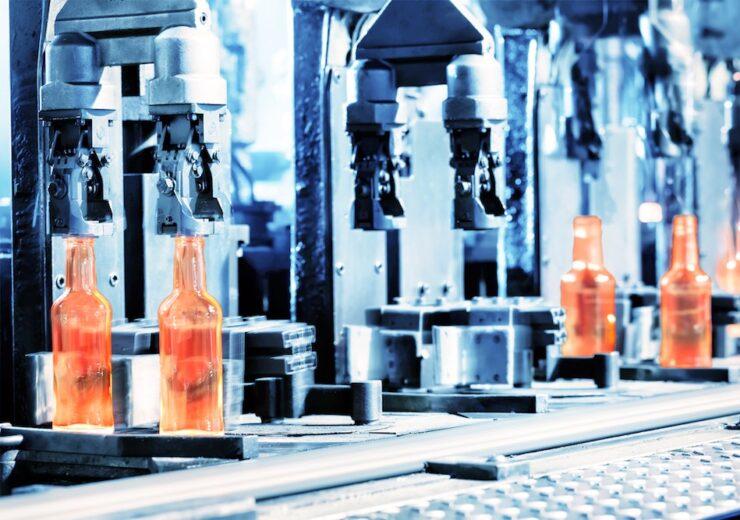 It's estimated that more than half of all glass containers made in the world today are produced by O-I Glass (Credit: Shutterstock/Alexlukin)

Since being founded in 1929, O-I Glass has grown into the world’s biggest glass packaging manufacturer.

In the financial year ending on December 31st 2019, the company recorded nets sales of $6.6bn – a small drop from the $6.8bn figures it generated a year previously.

Of this, $3.6bn was generated from its Americas market, $2.3bn made in Europe and $634m from the Asia-Pacific region.

This financial health is in part due to the fact that the company develops more than half of all the glass packaging used in the world today.

NS Packaging looks at the history of O-I Glass, what the firm manufactures and how it’s making itself more sustainable.

Six years later, it acquired the Libbey-Glass Company, which saw it enter the consumer tableware field – with the Libbey division being responsible for making products like dishes and bowls.

Following on from the Second World War, the firm primarily remained as a glassmaker.

The first significant diversification from this came in 1956 when the company purchased the National Container Corporation, which was the US’s third-largest box maker at the time.

By the early 1980s, the firm was seen as one of the more formidable members of the glass container industry – with it out producing its competitors by 33%.

During the mid-1990s, it continued to affirm its concentration on glass containers and plastic packaging, with the firm in 1994 and 1995 selling off its specialty glass segment.

To this day, O-I remains the largest glass manufacturer in the world, with more than half of all glass containers used today are produced by the company.

What does O-I Glass do?

The firm, which operates in more than 20 countries around the globe, also develops containers for the beer, food and spirits marketplaces.

Based in the US city of Perrysburg, Ohio, it currently employs more than 25,000 people operating in 72 plants.

O-I Glass’s current CEO is Andres Lopez, a role he took up in 2016 after more than ten years at the company.

He took on the role after 11 months as its chief operating officer – while he was also president of its Americas and Latin America divisions.

Alongside this, Lopez has held an array of other leadership positions at the company, including the global vice-president of manufacturing and engineering, while he was also country general manager for O-I Peru.

How O-I is looking to become more sustainable

As part of its work to become more sustainable, O-I Glass has committed to a 25% reduction in greenhouse emissions by 2030 – with an interim target of 10% by 2025.

Additionally, the firm is looking to increase the global average of post-consumer recycled content in its products to 50% by 2025.

In order to do this, O-I is taking a tailored approach to increase recycled rates across its enterprise network as rates vary by geography.

It’s also looking to implement glass container collection programmes in 75% or more of the communities it serves by 2025.

Alongside this, the company was the “first” in the packaging industry to issue a Green Bond, furthering its commitment to the sustainability of its global manufacturing operations.

Published in November 2019, it outlined that, in order to achieve these goals, it aims to increase the percentage of renewable energy consumed at its facilities, and the energy efficiency of its plants.

As well as this, it’s looking to encourage post-consumer recycling of glass in order to increase the use of recycled in its containers.

The firm is also looking to lead the transition to a circular economy by constantly seeking out innovative engineering and market-based solutions throughout its value chain.

As part of its Green Bond Framework, O-I Glass has committed to be transparent on the manner that it uses its proceeds, the process it uses for project evaluation and selection, the management of its proceeds and its reporting.

Alongside this, it has appointed Sustainalytics – a company that specialises in rating the sustainability of listed companies – to review its “green projects” and provide a second party on its Green Bond framework, with this being made available on the firm’s website.