The $10m Hydro Volt recycling hub will process more than 8,000 tonnes of batteries in the early stages of the launch 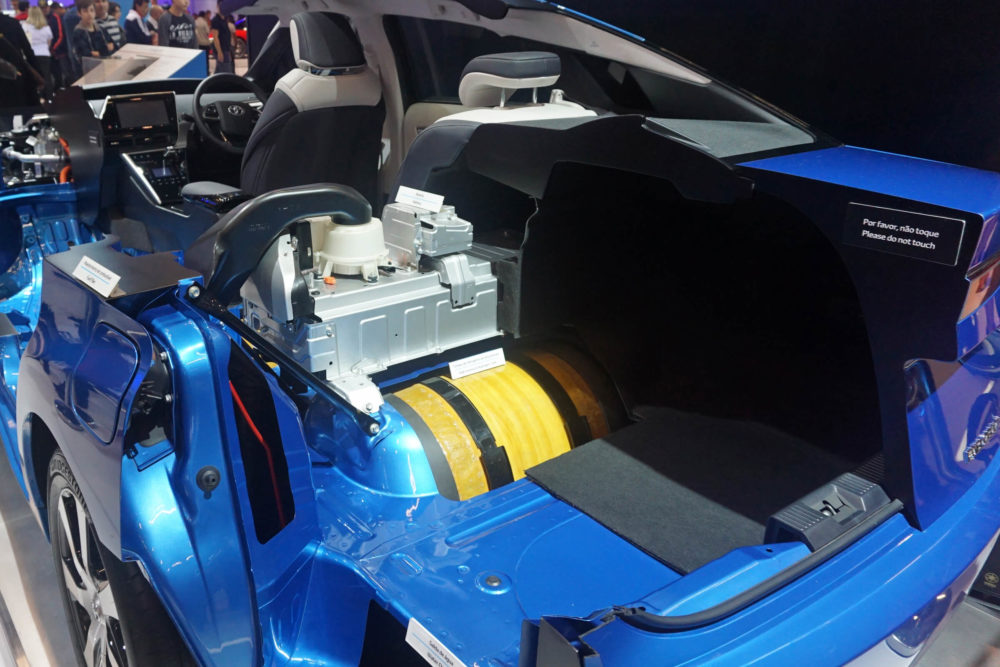 The Hydro Volt scheme will begin operations in the Norwegian city of Fredrikstad in 2021 (Credit: Wikimedia Commons/Mariordo)

Northvolt and Norsk Hydro have teamed up to build a battery recycling plant for electric cars in Norway.

The Swedish lithium-ion battery supplier and the Norwegian aluminium and renewable energy firm’s joint venture, Hydro Volt, will begin operations in the city of Fredrikstad in 2021.

The scheme, which is based around advancing circular industry technologies and material flows, will recycle batteries coming from the Norwegian EV market – one of the largest emission-free car fleets in the world.

Arvid Moss, executive vice president for energy and corporate development at Hydro, said: “Hydro Volt can handle aluminium from end-of-life batteries as part of our total metal value chain, contribute to the circular economy, and at the same time lessen the climate footprint from the metal we supply.”

How the Hydro Volt scheme will recycle EV batteries

Electric vehicles have experienced a surge in popularity over the past decade as automakers continue to ramp up their emission-free fleets and governments target green transport as a key area to cut emissions.

Although BloombergNEF predicts global EV purchases will drop by 18% to 1.7 million in 2020 as the coronavirus pandemic interrupts “10 successive years of strong growth”, it believes electric models will account for 58% of new passenger car sales globally by 2040.

But there are still questions surrounding the environmental impact of lithium-ion batteries – a key component of building and operating EVs.

Emma Nehrenheim, chief environmental officer responsible for the Revolt recycling business unit at Northvolt, said the battery manufacturer has set a target for 50% of its raw material in 2030 to come from recycled batteries.

“The partnership with Hydro is an important piece of the puzzle to secure an external feed of material before our own batteries begin returning to us,” she added.

Through its Revolt project, Northvolt is aiming to reduce the need for mining raw materials, improve security of supply and lower the environmental footprint of cells by reducing mining-related emissions.

The Stockholm-headquartered firm, founded by two former Tesla executives in 2017, claims it will hit this target through a phased build-up in recycling capacity, starting with the launch of a pilot plant later this year.

That will then be followed by the establishment of a full-scale recycling plant at the Northvolt Ett gigafactory for lithium-ion batteries in Skellefteå, Sweden, in 2022.

The company is attempting to build up its stock and become a major player in the European market, the Financial Times reported.

It is aiming to compete against the likes of Japanese manufacturer Panasonic and US clean energy firm Tesla, which last year announced plans to build a gigafactory in Berlin.

What the Hydro Volt partnership will provide

Through the Hydro Volt partnership, Northvolt and Hydro are looking to provide an example of the “emerging potential for synergies between different industries as the European economy becomes more circular and decarbonised”.

The $10m recycling hub, which the group claims will be “highly automated and designed for crushing and sorting batteries”, will process more than 8,000 tonnes of batteries in the early stages of the launch, before capacity is expanded over time.

Material output from the recycling processes in Fredrikstad will include aluminium and so-called “black mass”, which is made up of minerals such as lithium, cobalt, and manganese.

The material will then be transported to Northvolt’s and Hydro’s recycling plants.

After welcoming the news of the recycling hub in Norway, Prime Minister Erna Solberg said promoting the development of sustainable low-emission solutions, including electrification of the transport sector, has been “one of the Norwegian government’s priorities for many years”.