How New Plastics Economy signatories have progressed on tackling pollution

Focusing on its second annual audit, NS Packaging investigates how the New Plastics Economy signatories are doing to tackle the plastic pollution problem 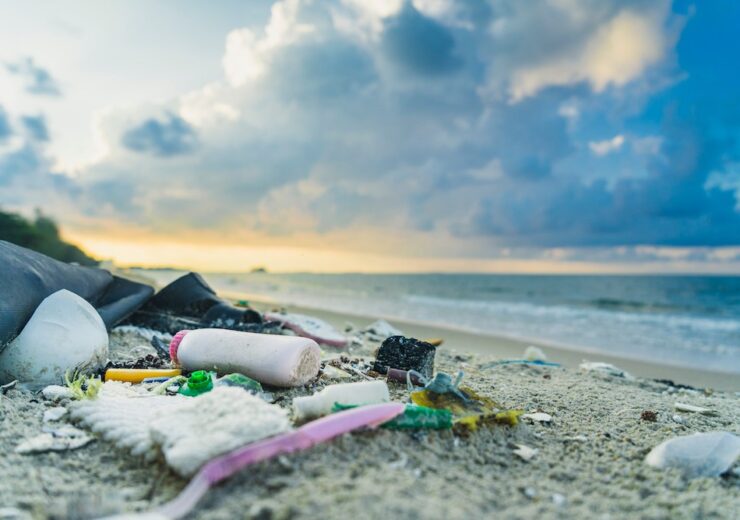 The New Plastics Economy was set up to address plastic waste and pollution at source (Credit: Shutterstock/AfriramPOE)

In 2018, circular economy charity the Ellen MacArthur Foundation launched the New Plastics Economy Global Commitment, bringing together businesses, governments and other organisations behind common targets to address plastic waste and pollution at source.

Set up alongside the UN Environment Programme, it commits all businesses signed up  to make 100% of their plastic packaging recyclable, reusable or compostable by 2025.

Since then, the organisation has conducted two annual audits, focusing on the progress that the more than 500 signatories, including The Coca-Cola Company, Unilever and DS Smith, have made to tackle plastic waste – the latest of which was in the first week of November 2020.

Speaking at the launch of the second of these annual reports, the Ellen MacArthur Foundation’s New Plastics Economy lead Sander Defruyt said: “This report shows encouraging progress towards the vision for a circular economy for plastic in some areas, particularly in the use of recycled plastic.

“But, going forward it will be crucial to also see major steps forward in rethinking what packaging is put on the market in the first place.

“We are calling on industry to rapidly increase efforts to reduce single-use packaging and eliminate packaging types that have no credible pathway to making recycling work in practice and at scale.

“We know industry cannot deliver the change alone, and we are calling on policymakers to put in place the enabling conditions, incentives and international framework to accelerate this transition.”

Under current projections, demand for plastic packaging is set to double over the coming two decades, with curbing this growth being an increasingly important part of creating a circular economy.

Of the more than 500 businesses signed up to the New Plastics Economy Global Commitment, a majority either don’t have single-use products as part of their portfolio or have made plans to eliminate or reduce the category.

The signatories have eliminated or are looking to eliminate 94% of single-use cutlery from their portfolio, 92% of PVC packaging, 90% of undetectable carbon black products and 85% of single-use carrier bags.

In addition to this, 48% of business signatories indicated plans to eliminate or reduce at least one specific format of plastic packaging.

Most of those were largely focused on the removal of well-publicised examples such as single-use plastic bags, cutlery and straws.

Alongside this, 19% of signatories indicated plans to reduce or eliminate packaging components such as plastic windows, pumps and trigger sprays.

The plastic materials most commonly identified by business signatories as having been reduced or phased in the last year were PVC, multilayer materials and polystyrene.

As well as this, around 66% of those signed up reported substituting with paper or other plastics to deliver reductions in or the elimination of problematic or unnecessary plastic packaging.

Added to that, 30% of signatories reported examples of direct elimination, however relatively few of those involved reported using other more innovative solutions involving a fundamental change in products or business models.

Countries signed up to the New Plastics Economy including the UK and New Zealand have also got plans to ban some single-use plastics items, which include straws, stirrers and cotton buds, in order to prevent these items from becoming pollution.

Business signatories are also making strides, with Danone in the process of phasing out polystyrene in Europe by 2024 and worldwide by 2025, while Colgate has eliminated 55% of its PVC products in 2019.

Unlike the work being done to eliminate single-use packaging, there hasn’t been much uptake of reuse models with only 1.9% of plastic packaging used or produced by signatories in 2019 being reusable.

Reusable packaging has also predominantly been driven by a few companies that derive significant revenues from this, particularly The Coca-Cola Company and Danone.

While 54% of signatories say they have reuse in place somewhere in their portfolio, the vast majority of this is limited to a few product lines.

In terms of the most popular models, B2B supply and refill at home were most commonly indicated as already being in place, with 22 and 20 companies respectively stating they were working with these systems.

An increasing proportion of businesses are however working to test reuse in their businesses, with 39% of packaging producers, packaged goods and retail signatories had pilots in progress over the reporting year, with a further 17% planning to deliver those going forward.

In addition to this, countries including New Zealand have been pushing forward reusable packaging campaigns, mainly promoting refillable bottles.

How businesses are looking to make their packaging 100% reusable, recyclable or compostable by 2025

The tentpole of the New Plastics Economy is the commitment from businesses to making 100% of their packaging reusable, recyclable or compostable by 2025.

Based on its latest report, 65% of the plastic packaging by the weight put on to the market by signatories is recyclable, reusable, or compostable.

The current levels across each of the companies vary – those with a large share of bottles in their portfolio tend to have significantly higher percentages than companies with mixed or complex packaging portfolios.

For example, beverage producers had average recyclability scores of 88%, while apparel, footwear and accessories businesses had an average of 7%.

For the majority – 29% out of 36% – of the non-recyclable packaging reported, its lack of recyclability is due in part to the packaging category itself for which no systems for recycling exist in practice and at scale today.

As for the remaining non-recyclable packaging, scaled recycling systems do exist but changes in specific designs are required to fit.

Countries including the Netherlands and Chile have and are implementing extended producer responsibility schemes in order to improve recycling systems.

Alongside this, Portugal has enacted a law forcing the provision of alternatives to the use of very lightweight plastic bags and packages at the points of sale for bread, fruit and vegetables.

A key reason why a shift towards a circular economy is important is that the global economy needs to move away from finite resources such as fossil fuels.

This work is predominantly achieved by drastically reducing the need for virgin plastics through elimination, reuse and use of recycled content, and then by switching any remaining virgin inputs to renewable feedstocks.

The volume of plastic packaging reported by packaged goods and retail signatories increased by 0.6% for signatories that reported both this year and last year, which is below the estimated 3% growth rate for the global market as a whole.

In addition to this, the use of recycled plastics increased by 22% that reported across the last two reports, with the group as a whole now at 6.2%.

Some signatories made significant jumps, with businesses like Danone, SC Johnson, Unilever and Superdry increasing by four or more percentage points.

As for the work that national governments are doing, the UK is planning to introduce a new tax on plastic packaging that contains less than 30% of recycled content.

Additionally in Peru, as of December 2021, it will be mandatory to use at least 15% of post-consumer recycled content in PET bottles, while Portugal is looking into creating minimum rates for the incorporation of recycled materials in packaging.