Mars, Incorporated is predominantly making its packaging more sustainable in three ways, most notably by reducing the packaging it doesn’t need 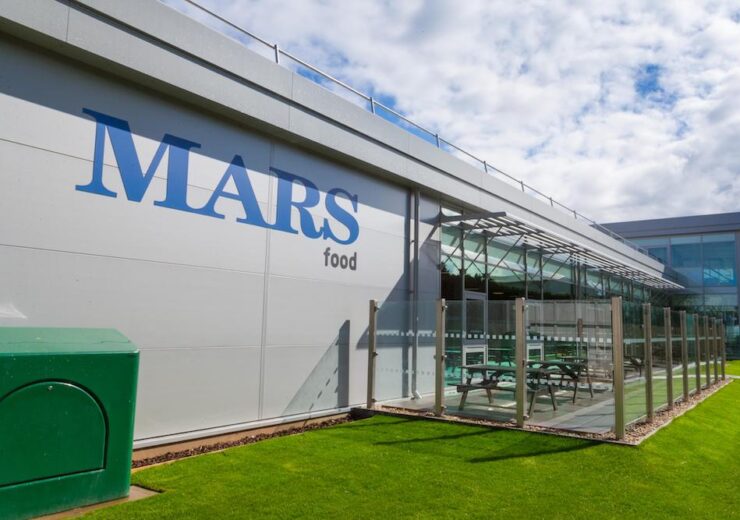 As one of the largest food companies in the world, any work that Mars, Incorporated does to make its packaging more sustainable will have a big impact on the planet.

The firm – which owns the likes of M&Ms, Skittles and Snickers – it’s looking to make 100% of its plastic packaging reusable, recyclable or compostable by 2025.

By the same year, it wants to make a 25% reduction in virgin plastics use, have ten reuse programmes up and running to test new business models, have an average of 30% recycled in its plastic packaging and have recycling guidance for consumers in all major markets.

Speaking about its sustainability policies, Mars, Incorporated’s CEO Grant Reid said: “Mars is committed to being a part of the transformational system change that this issue requires.

“We’re taking action by removing packaging we don’t need, exploring rules models, redesigning what we do need for circularity, and investing to close the packaging waste loop with recycling systems that work for business and communities.

“We all have much to do, so we must work together as a global community like never before.”

Mars, Incorporated is predominantly rethinking its approach to packaging to make it more sustainable in three ways.

The firm has, for many years, been reducing the amount of packaging it uses through light-weighting.

In addition to this, it will keep looking for ways to eliminate unnecessary layers of plastics and other materials in secondary and tertiary packaging – such as in China, where it removed 40% of the weight from its gum bottles between 2015 and 2018.

As part of this work, Mars Wrigley UK announced in December 2020 it’s reducing the packaging in packs of some of its most popular brands to save 51 tonnes of plastic a year.

From April 2021, selected sharing pouches of some of its biggest brands in the UK – including M&M’s, Galaxy, Minstrels, Revels and Starburst – will be narrower in the UK and Ireland.

It’s estimated it will reduce plastic by around 647,000 square metres a year, with the new packs having an average of 10% less plastic per pack compared to the 2020 range.

It’s also looking to shift to reuse where possible, exploring models with a plan to have at least ten new reuse programmes in markets by 2025.

As part of this work, Mars, Incorporated has partnered with TerraCycle, which owns Loop – an e-commerce initiative designed to offer reusable packaging for consumers at home.

Announced in 2019, pilots were first launched in Paris and New York, before the first nation-wide trial in the UK was started a year later.

Mars, Incorporated is involved in Loop through its Petcare business – which runs brands such as Pedigree, Whiskas and Sheba – through its brand Perfect Fit.

Speaking at the time, then Mars Petcare France’s directeur general Olivier Péchereau said: “Innovative ideas are at the heart of our Perfect Fit brand DNA.

“By joining Loop, we are helping to reduce waste, encourage durable packaging and improve the daily lives of our four-legged friends.

“This initiative is part of Mars Petcare’s sustainability plan which supports a circular economy to reduce packaging and waste.”

Mars, Incorporated redesigning the packaging for circularity in order to make it more sustainable

In addition to this, Mars, Incorporated is looking to redesign the packaging it does need to be right for circularity.

In 2017 it became one of the first companies in the industry to commit to making its packaging 100% recyclable, reusable or compostable – with 26% of its plastic packaging currently recyclable in practice and at scale.

It’s also looking to expand this work by replacing hard-to-recycle packaging formats, such as those that use multiple materials into a single material packaging design.

For example, the firm removed the polystyrene window from its Ben’s Original rice cartons.

Alongside this, it’s eliminating the use of problematic materials such as PVC across all packaging formats with it removing 3,000 tonnes of PVC packaging from its business, meaning it now represents less than 0.5% of its portfolio.

Additionally, the Mars Advanced Research Institute is exploring the development of new materials to ensure food safety and functionality for consumers.

Included as part of this is research into biodegradable and compostable packaging materials within its portfolio.

Firm investing in recycling campaigns to ‘close the loop’

In order to help catalyse recycling systems, Mars, Incorporated plans to use 30% recycled content on average across its plastic packaging portfolio by 2025 – in doing this, its “encouraging investment” in recycling systems.

In addition to this, it’s looking to support increased investment in and evolution of well-designed extended producer responsibility programmes or other schemes.

It’s also looking to work to encourage the wider business community to invest in such technologies through groups like the Consumer Goods Forum, and circular economy charity the Ellen MacArthur Foundation.

Alongside this, Mars, Incorporated is looking to engage with consumers with recycling guidance to help them make decisions about what to do with the packaging once they’ve used the product.

It’s looking to have this guidance reach all major markets where its products are available by 2025, with this taking place with a mix of on-pack labelling, and corporate and brand communication.

Mars, Incorporated is also supporting the UK’s Department of Environment, Food and Rural Affairs’ Keep It, Bin It national anti-littering campaign, which seeks to make littering culturally unacceptable within a generation.