The rise of the conscious consumer: Three cultural shifts shaking up the luxury packaging sector 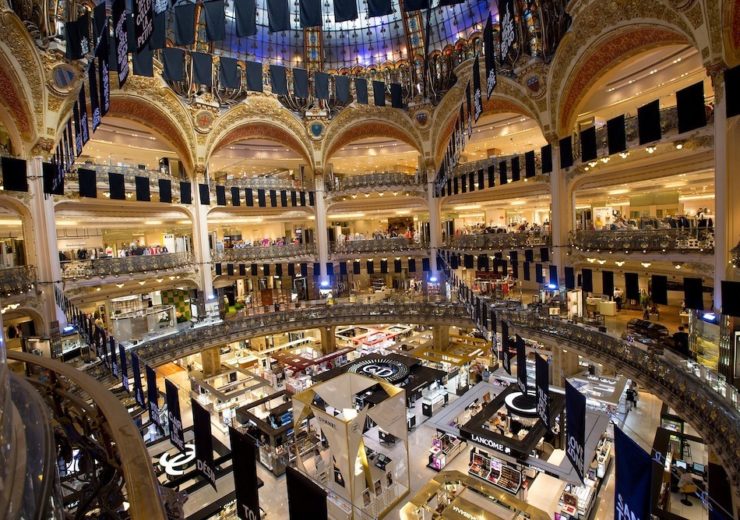 From prioritising embellishments and rarer materials to looking for sustainable alternatives and valuing experiences, the luxury packaging sector has changed over the past few decades. We look at the three trends that could shape the industry over the years to come.

At the beginning of 2019, management consultancy Bain & Company published the 17th edition of the Luxury Goods Worldwide Market Study.

The report highlighted seven trends that would shape the €1tn ($1.1tn) luxury goods industry over the coming five years.

One of the areas highlighted by the organisation’s study was the relative youth of its consumers.

It found the combination of Millennials and Generation Z consumers made up 47% of the luxury market in 2018, and 33% of luxury purchases.

It also highlighted that luxury brands were “adapting to the preferences of younger consumers”.

From conscious consumption to valuing experiences, we look at three of the trends shaping how luxury packaging manufacturers are developing their products for the new generation.

Whether it is concern over palm oils or the rise of reusable containers, consumers are starting to think consciously about what they buy.

This was not always the case.

Speaking at February’s Packaging Innovations in Birmingham, design agency Butterfly Cannon’s innovations and sustainability manager, Jenny Cairns, said: “I’ve been in the industry for the past 10 years, and it’s not always been about being environmentally friendly.

“It has been about getting the most ascetical thing out there in the cost and in the timing.”

Ian Cameron, creative director of brand experience at Butterfly Cannon, added: “We’re coming out of an era, from the luxury brands’ perspective, where they wanted to use more.”

In the past few years, consumers have become increasingly conscious of the effect that packaging waste is having on the planet.

According to a 2017 study conducted by media company Cone Communications, 63% of Americans want businesses to drive social and environmental change.

The corporate social responsibility study also found that 87% of customers would buy a product if a company supported an issue they cared about.

Cameron found that businesses are keen to get involved in the conversation around sustainability.

He said: “We’ve found that our clients don’t want to be regarded purely towards the product they make or the packaging they put them in, they actually all crave cultural relevance.

In February 2020, it announced a new eco-packaging range, making its “second skin” 100% recyclable and nine-times lighter.

The company says these new containers – made from wood fibres – allow for a 60% reduction in its packaging’s carbon footprint.

Under development for two years, the range will be unveiled in June 2020 before being rolled out later in the year.

To make their packaging more sustainable, brand owners are looking to develop items that “focus on tomorrow”.

Designers and businesses are doing this by creating packaging that has a function beyond containing a product.

One person innovating in this area is singer Lenny Kravitz.

As part of his work for the French company, he designed a limited-edition box for the firm’s 2008 vintage that can be used as a candleholder.

Cameron said: “Rather than the packaging just being a functional piece of kit in transit that’s then discarded at the moment of consumption, it’s actually designed to keep.

“Not only that, it’s designed to keep and put on display as an object of art.

“It’s packaging that’s designed to sit on your shelf and create a talking point.

“I think the talking point is inherent to this new understanding of the role that packaging can play in the interaction between brand and consumer.”

Butterfly Cannon has also been innovating in this space, with the company developing a Lewis Bag – which is designed to crush ice – to package the Diageo-owned Bulleit Bourbon brand.

Cameron explained: “I know that when I get it out, it provokes conversation and it promotes interaction.”

During the 20th century, a lot of cultural significance was placed on what individuals or groups owned.

Millennials and Generation Z, however, place a lot more stock in having enriching life experiences, with 94% saying it was an important part of a fulfilling life.

One way brand owners are looking to engage with this trend is by turning “unboxing” into an experience.

Cameron said: “I‘d describe it as basically the fetishisation or almost the sexualization of packaging.

“Where the sheer interaction and the moment you have with it, it’s like a little mini relationship you’re having with the packaging as you unbox it.

“And it’s the recognition of the tactility or perhaps the whole sensorial reality of the pack. That’s a really engaging moment.

“This type of experience is called an Autonomous Sensory Meridian Response.

“This is where your body responds from either auditory stimuli or tactile stimuli and it gives you a shiver up your spine.”

To help shape how consumers engage with the products, some businesses are looking to influence social media influencers.

Cameron said: “We’re finding that brands are asking us to design stuff especially for them.

“It could be extremely limited product runs, but we’re asked to then amplify all the engagement of that pack.”