Irish brands have done a lot for the food a drinks business and in celebration of St Patrick's Day, we look at eight of the most iconic 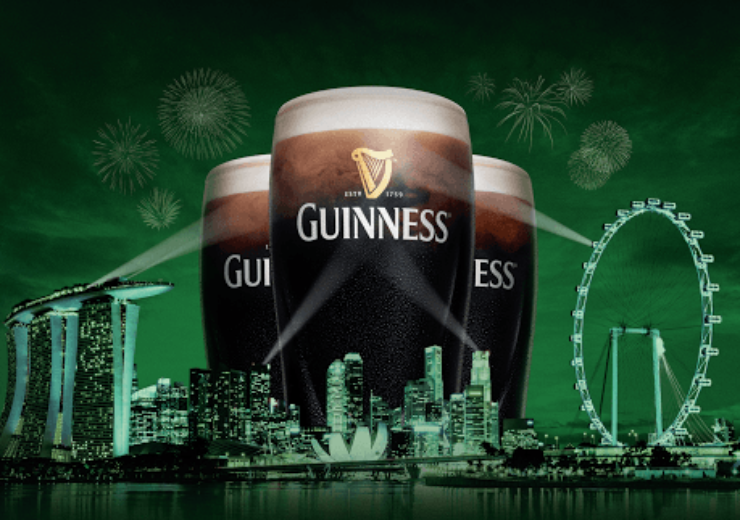 St Patrick’s Day is the world’s biggest celebration of Irish culture – it’s unsurprising then that some of the most iconic brands hailing from the country play a key part of the joviality.

Over the years, companies with roots in the Emerald Isle have gained international acclaim, with some helping to shape the industries in which they operate.

Irish businesses are also well-known globally for innovation – whether it be the invention of the flavoured crisp to creating new alcoholic drinks.

And the identity of these brands have played a key part in their growth, from Guinness’ iconic “Made of More” motto to the slick and high-end styling of liqueur brand Baileys Irish Cream.

In celebration of St Patrick’s Day, we take a look at eight iconic businesses that hail from the Republic of Ireland, their history and the designs that have made them so well-known.

Formed in Nassau Place, Dublin, in 1927, MiWadi takes its name from predecessor Mineral Water Distributors, which developed the soft drink that is still considered one of the most popular in the country.

It was bought by famous British beverage company Britvic, owner of brands including J20 and Robinsons, in 2007 and has a similar style labelling design to those owned by its parent company.

The current MiWadi logo is not too dissimilar to the one displayed on bottles during the 1990s, with the design of the rest of the label similar to Robinsons, with the use of bright, pop-arty colours to give a summery feel.

Ed O’Donnell, a seventh-generation farmer from Kilsheelan, County Tipperary, wanted to start making crisps with potatoes from the his Seskin Farm.

Putting the idea to a sceptical family in 2007, he launched O’Donnells Crisps in 2010.

Featured on the packaging is the logos of the farm, a tree and the O’Donnells name.

A multitude of clean, dark colours are used for each flavour.

Flahavan’s is a family-run business, which is most notably a producer of porridge, but also makes flapjacks and muesli.

It produces its range of oat-based products at its mill in Kilmacthomas, Munster, where the family has resided since 1785.

In that year, Thomas Dunn, the great-great-great-grandfather of the company’s current managing director John Flahavan, purchased the property.

And right from the start, the firm was in the porridge-making business, first producing milled oatmeal.

In modern times, production has taken place at its oatflaking factory, built on the same site to make a finer flake that helps to cook the porridge faster.

The company has been based here for 60 years.

Under Mr Flahavan, the company has started to export its line of products to 16 countries, which include the UK, US, South Korea and Spain.

The current design of the packaging for the firm’s porridge products has got the Flahavan’s company logo at the top of the packet, with a photograph of a bowl of porridge and sunlight peering through a window, showing that it is a breakfast meal.

Kerrygold was set up by An Bord Bainne, which is the historic Irish word for The Irish Dairy Board, in 1961. It was rebranded as Ornua in 2015.

The butter brand was initially launched in the UK in 1962, with the spread not even being available in Ireland until 1973.

By that time, it was being sold across Europe after the country entered the European Economic Area.

During the time that the butter was being dreamed up, he was also a rugby player, playing on the wing for Leinster and Ireland.

He is also the former CEO and chairman of American confectionary giant HJ Heinz Company.

The packaging of the butter firm has not changed too much over the years, with the wrapper featuring a cow walking on grass with the name of the company written on the front in a Celtic-style font.

One of the most well-known brands to come from Ireland is the iconic liqueur Baileys, which consists of a mixture of Irish whiskey and cream.

The firm started in 1974 by the man that would go on to be known “the Godfather of Baileys”, David Dand.

Alongside a team of alcohol experts including David Gluckman and Steve Wilson, Mr Dand tried to find a recipe to mix alcohol and cream, experimenting with a traditional kitchen mixer.

The success of the formula has seen Baileys become an industry giant, selling its product in 160 countries worldwide and ranking as the 10th highest-selling spirits brand in the world.

The design of the bottle differs depending on the flavour. However, two features remain a constant across all of the variations – firstly the company’s logo, which is its name arched across the top half of the packaging in capital letters, and also the brand’s emblem, two back-to-back Bs.

Founded by Joe Murphy in 1954, Tayto is widely regarded as the creator of the first crisp flavouring production process.

Starting the company in Dublin, the man nicknamed “Spud” decided to set up the firm because he felt that the range of flavours on offer were weak and tasteless.

One of these, Seamus Burke, was tasked with perfecting the flavoured crisp, and after lots of experimentation, he developed cheese and onion, honing the product until his boss thought it was acceptable.

Mr Murphy then approached the famous Scotland-originated Findlater family, who owned 21 high-end grocery and wine stores in Ireland, to see if they would sell the crisps in their stores. They agreed.

One of the keys to the company’s high profile is its marketability, which is partly thanks to the success of its brand ambassador Mr Tayto. It was first displayed on packets during the 1960s.

In 2007, the company ran an advertising campaign where the character was supposed to be running as a candidate in the Irish general election.

The firm has also published an autobiography for Mr Tayto called The Man Inside the Jacket.

In 2010, the company opened Tayto Park, home to Ireland’s only large rollercoaster.

The crisps packet features Mr Tayto in the centre, standing behind the name of the company, with the change of colour denoting the different flavours.

Arguably the biggest Irish brand in the world, the iconic stout beer company first began over 200 years ago when its founder, Arthur Guinness, signed a 9,000-year lease at the now famous St James’s Gate.

In 1799, due to the rising popularity of port in Dublin, Mr Guinness decided to start brewing this drink ahead of the ales it had made previously.

The famous harp that became synonymous with the brand came into existence in 1862, an iconic symbol which has been associated with the company to this very day.

Usually presented in a see-through glass bottle, it shows off the dark stout drink and displays the Guinness harp on the front.

The company name is below this alongside the founder’s signature.