What was found in Greenpeace’s Upstream: Microplastics in UK rivers study?

In a report released by environmental charity Greenpeace found that in total 1,271 pieces of plastic were found in 13 rivers in the UK 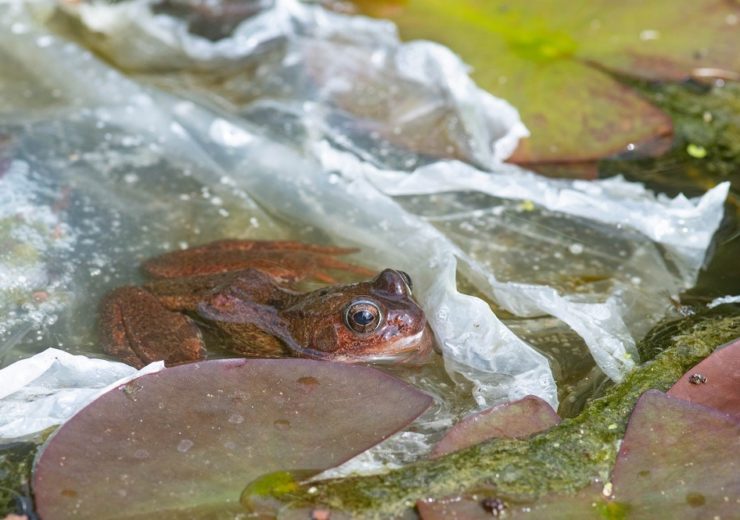 A common frog is pictured with plastic in the Grantham Canal. (Credit: Greenpeace)

For a large amount of the UK’s population, environmental issues are a top-of-mind concern.

A poll released by market research and data analytics firm YouGov this month found that more than a quarter of the British population (27%) cite the environment as one of the top three issues facing the country, putting it behind only Brexit (67%) and health (32%).

The figure was significantly higher among people aged 18-24 years old, with 45% saying the environment is one of the nation’s most pressing concerns, making it the second biggest concern for this age group behind Brexit (57%).

Plastic pollution is currently having one of the most negative environmental impacts, with several organisations focused on the amount of it found in the ocean.

According to the United Nations, eight million tonnes of plastic ends up in the world’s seas every year, with 90% of this being carried by ten major rivers across the globe, including the Nile and Niger.

Environmental charity Greenpeace released its Upstream: Microplastics in UK rivers study today to give the public a better understanding of the amount of plastic pollution in present in the country’s rivers.

The study was conducted between 6 February and 29 March 2019.

We take a look at why the charity conducted it, what it found and what the UK must do to reduce its plastic pollution.

Why did Greenpeace conduct the study?

According to a 2016 report from the Joint Group of Experts on the Scientific Aspects of Marine Environmental Protection, it is estimated that 60 billion pieces of plastic are put into the world’s oceans from rivers each day.

Around 80% of this is believed to come from landfill, industrial waste and litter, all ending up in the sea via inland waterways, with the remaining 20% originating from sea-based activity like fishing.

Despite the volumes of plastic being transported into the ocean via this route, it is an area that is understudied to date, with the world’s main focus on the amount of plastic in the oceans.

Greenpeace conducted its research to fill “many fundamental gaps” in the scientific understanding of the distribution, complexity and impact of plastics as contaminants in freshwater ecosystems.

How did Greenpeace conduct the survey?

In total, Greenpeace surveyed 13 rivers across the United Kingdom, including the country’s five biggest – the Severn, Thames, Trent, Great Ouse and Wye.

A range of researchers, volunteers and scientists collected samples for laboratory analysis from surface river water at 30 locations across the waterways over the course of nearly two months.

The rivers were selected to include both rural and urban locations, with the teams based far enough upstream to ensure no plastic debris had come from the sea during high tides.

To collect the samples, they used a manta net, which has a mesh size used in numerous studies worldwide – this being 0.33mm, smaller than microplastics.

Items that were retrieved were then sent off for analysis at the Greenpeace Research Laboratories, based at the University of Exeter, where they were divided into macroplastics, microplastics and microfibers.

Within these categories, macroplastics are items that measured more than 5mm in at least one dimension, microplastics that measured between 5mm and 0.3mm in size, and microfibres, which measured less than 1mm in diameter.

What did Greenpeace find?

Greenpeace found a total of 1,271 pieces of plastic, with the most polluted being the River Mersey, situated in the north-west of England, which contained a total of 942 items.

Second was the River Thames, with had 108 bits of plastic found in it, with the River Aire’s total of 63 putting it in third place.

Of the 1,271 pieces of plastic collected, 1,022 were either microfibres or microplastics, with 170 items being macroplastics.

Among the primary plastics found were polyethylene and polystyrene.

The charity outlines that the results could have differed given a variety of different factors, including weather conditions and differing days or times of sampling in each of the rivers.

It believes to get a fuller understanding the extent of the problem, longer-term sampling would be necessary.

What does Greenpeace believe needs to be done?

As part of the legalisation, the environmental charity wants to see a legally-binding target made to reduce the production and use of single-use plastic packaging by at least 50% by 2025.

It also wants to see government commit to a target of zero waste entering the environment by 2042.

As well as this, it wants parliament to extend the ban on plastic microbeads, introduce a deposit return scheme for drinks containers of all sizes and materials and an overhaul of extended producer responsibility for packaging producers, which would include pre-production pellet loss and the chemicals released in the production of plastic resins and additives.