What is the Global Plastic Action Partnership? Tackling plastic waste through public partnerships and technology

The Global Plastic Action Partnership — which was set up by the World Economic Forum in 2018 — currently has three regional partners; Vietnam, Indonesia and Ghana 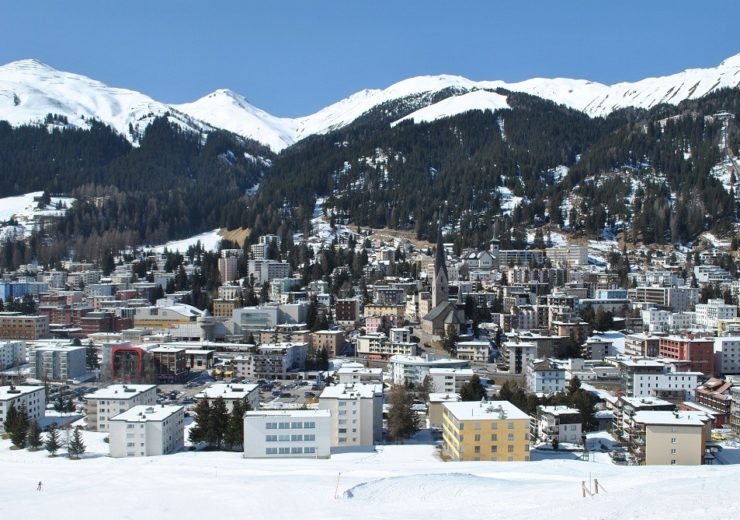 The Global Plastic Action Partnership was set up by the World Economic Forum in 2018 (Credit: Pixabay)

Launched at the Sustainable Development Impact Summit in September 2018, the Global Plastic Action Partnership (GPAP) was set up to help prevent the growth in global plastic pollution.

It plans to do this by creating a circular economy — where items are produced to be reused — in regions that have been heavily affected by the problem.

The initiative is operated by non-governmental organisation the World Economic Forum (WEF), with both private and public stakeholders.

These include the Canadian and UK governments, as well as Coca-Cola and PespiCo.

Speaking at the time of its launch in New York, the UK’s former secretary of state for environment Michael Gove said: “The scourge of plastic pollution on our environment is a global problem, requiring a global solution.

“I am proud of the leading role the UK has played in bringing together the GPAP, a key step in protecting our precious natural environment.”

In March 2019, Indonesia became the first nation to partner with the GPAP.

Through this, Indonesia aims to reduce its plastic debris by 70% and cut solid waste outlay by 30% by 2025.

As part of these efforts, the country pledged $1bn to tackle plastic leakage into the oceans.

Speaking at the time, Indonesia’s minister for maritime affairs Luhut B. Pandjaitan said: “We want to see the next generation in Indonesia having a much better quality of life and health than our generation today.

“Through collaboration and strong teamwork with the WEF, we can mobilise public, private and community support to safeguard the richness of our marine biodiversity for our children and grandchildren.”

Since it was launched, Indonesia NPAP has set up a local governance structure consisting of a steering board and expert panel.

Business advisory and investment firm SYSTEMIQ, a member of GPAP, is developing an analytical model for data-driven decision making in the country.

The system — which is being created alongside The Pew Charitable Trusts — will be used to form the basis of policy recommendations, industry guidelines and investment plans.

Solutions to the plastic pollution problem it will investigate, include innovations in recyclable plastic and improving waste collection rates.

For each of these, it will estimate how much money would be needed, the time it would take to develop, its environmental footprint, and its impact on lives.

The West-African nation of Ghana is fast becoming one of the continent’s economic powerhouses.

In 2019, the International Monetary Fund estimated that Ghana would the fastest growing economy in the world.

However, alongside its booming economy, the country also has a big plastic waste problem.

It has been estimated the nation generates more than 1.7 million tonnes of plastic waste a year — with less than 2% being recycled.

In an effort to curb this, Ghana became the first African country to partner with GPAP in September 2019.

The country’s environment minister Professor Kwabena Frimpong-Boateng said at the time: “Our partnership with the GPAP will bring together new and existing efforts to spark off innovation and achieve progress at a tremendous scale.

“Our success will propel Ghana to emerge as a regional leader on the issue of plastic pollution reduction and inspire other nations to act through sharing our knowledge and lessons.

“Ultimately, we hope that this will mark the beginning of a new era of action on plastic waste and pollution across the African continent.”

To support the national government, the GPAP is working with Ghana’s public, private and civil society sectors to aid the shift towards a circular economy.

The organisation will also support locally-led initiatives, doing this through developing a platform to facilitate knowledge sharing and connecting like-minded actors.

The GPAP’s director Kristin Hughes said: “Under the leadership of President Akufo-Addo and Minister Frimpong-Boateng, Ghana is sending a clear signal that it is prepared to play a leading role in tackling the scourge of plastic waste and pollution not just at the national level but also across Africa.

“The GPAP is proud to assist the country in this role by facilitating public-private collaboration, assisting in scaling up solutions and sharing best practices from around the world.”

The beginning of 2020 saw Vietnam become the third nation to partner with the GPAP.

In recent years, the south-east Asian country has been one of the world’s biggest importers of plastic waste.

The UK’s Financial Times reported Vietnam imported 254,000 tonnes of it in the first half of 2018.

A year later, the country announced that plastic imports would end by 2025.

The nation’s Mekong River, which is said to play a crucial role in the social and economic development of south-east Asia, ranks as one of the 10 most impactful sources of global marine litter.

To curb this, the nation is developing a municipal waste segregation, collection and recycling strategy called the Zero Plastic Waste City project.

It’s being developed in partnership with social business institute the Germany-based Grameen Creative Lab and industry collaboration the Alliance to End Plastic Waste.

The project aims to increase the collection rates of currently unconsidered types of waste and increase the amount being reused for new purposes.

Its specific implementation locations will be based on several factors such as how close they are to rivers or the sea, and their current leakage rate of solid waste.

The Zero Plastic Waste City aims to be scalable along the whole of the Mekong Delta.

The GPAP will work in partnership with the Vietnamese Government to help develop this scheme.