Five trends that could shape the future of packaging

Compelo Packaging's Thomas Parker looks at five discussed at this years Packaging Innovations conference that could shape future of packaging. 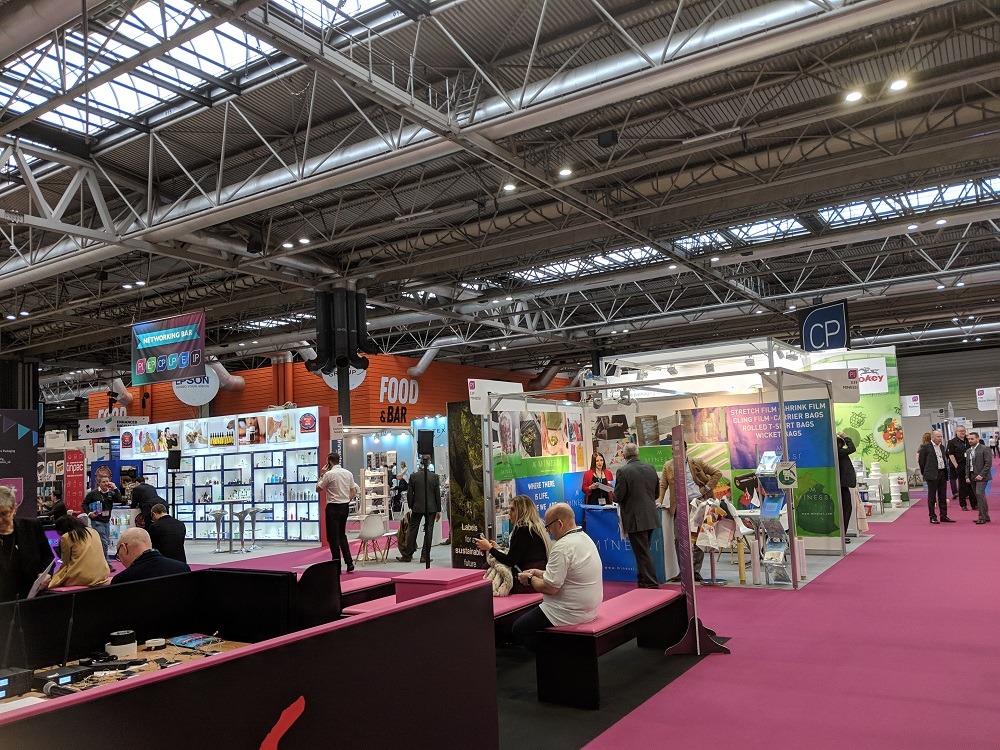 From the introduction of technology into packaging to the emphasis from companies to make product more sustainable, there is a lot of trends that could shape the future of the industry.

Just some of these were addressed at the Packaging Innovations conference, which took place last week at Birmingham’s National Exhibition Centre (NEC).

It was the sixth year that the event has taken place, featuring talks from the likes of Coca-Cola, Marks & Spencer and supermarket chain Iceland with brands like Mars, McCain and Quorn also present.

Here we look at five trends that could shape the future of the packaging industry that were raised at the event.

How technology is being used in packaging

According to a survey conducted by analytics company GlobalData, 75% of consumers rely on technology and 63% base some of their purchasing habits on how digitally advanced products are.

With these stark statistics, it’s no wonder that it was discussed at the Packaging Innovations conference, with businesses working in the development of digital systems that can be used in the industry.

Will Grimwade, associate analyst at GlobalData, outlined just a few types of tech that’s being used is already being used.

“Smart packaging plays a role in insuring supply chain safety when it comes to tampering.

“It utilises tracking technology that can tell people if and where a product is opened on the supply chain.”

French company Prooftag has developed an artificial intelligent app which allows both businesses and consumers to check whether or not a product is counterfeited.

With the increased emphasis on sustainability by packaging firms, we’ve seen larger collaboration with not-for-profit organisations.

This was seen starkly at this years conference, with the likes of A Plastic Planet and the Forest Stewardship Council speaking.

It also saw the second appearance of the well-attended EcoPack Stage.

Here saw two days full of content surrounding how the packaging industry could be made more sustainable, this included panels discussing the circular economy and a talk on Coca-Cola’s approach to single-use plastics.

One of the centrepieces on the opening day of the Packaging Innovations conference was on the EcoPack Stage, hosting an hour and a quarter debate on whether or no plastic packaging will always be fundamental in our everyday lives.

It arguing in favour was David Bucknall, professor of materials at Heriot-Watt University alongside sustainable materials specialist at WWF-UK Paula Chin and director of the British Plastics Federation Barry Turner and arguing against was Sian Sutherland, co-founder of A Plastic Planet alongside Iceland Foods own label and packaging manager Ian Schofield.

The psychology of packaging

An interesting talk that took place at the conference was how the study of psychology could be used to change the way that people interact with packaging.

It’s an idea that’s been put forward by Dr Tom Webb, who is a lecturer in the field at the University of Sheffield.

Dr Webb works heavily alongside the university’s Grantham Centre, a project that brings collaborators from academia, industry and politics to help to strive for a more sustainable future.

He argues that there’s a difference in what people set out to do and what actually happens.

“I’m really interested in the idea of good intentions, we all set out a wide range of goals based around these,” he said.

“But we all know from bitter experience it doesn’t necessarily translate into actions.”

He went on to discuss the idea of shifting people’s views through a concept called nudging.

“It allows you to change the way people think by directing them in a particular direction, the current environment is set-up so that when you buy and use plastics, you bin it,” he said.

“Re-use is seen as something that is an inconvenience that people have to put up with for the greater good, it should be like this.

“There needs to be an effort to make reuse appealing.

“I would argue that the problem is not with plastics but the way that people think about plastic and the goals that they set themselves, that kind of thinking needs to change.”

Something that stood-out from the talks that took place during the two-day conference was just how much interest the general public has when it comes to sustainability.

One of the biggest factors that has seen this shift in focus was thanks to the TV show Blue Planet, with a report published by Waitrose says 88% of people that watched the BBC show had changed became more sustainable.

External affairs manager at food retailer Greggs, Paul Rhodes highlighted this when partaking in a panel discussion on how to recruit consumers for a circular economy.

He said: “Blue Planet caused a bit of a storm, it has changed the thought process from our consumers, and they’re now looking for brands to be doing the right thing.”

Vice-president of Coca-Cola European Partners, Hans van Bochove said: “You’ve got customers already reacting, and whether the actions that customers are taking are informed or not, it doesn’t matter – they’re doing it.”

Though the public are becoming more interested in sustainable living, according Mr Rhodes, they’re expecting businesses to change its practises for them.

He said: “People are now looking for brands to be doing the right thing.

“There’s an expectation that we do a lot of that activity on their behalf, which is something that we’re going to have to try to change.”

Industry is committed to seeing change

The major takeaway from the conference is the fact that retailers are committed to making both its practices and products more sustainable.

According to Mr Rhodes, Greggs operate a circular economy for everything that is developed in house, with the major issue that needs to be tackled is what happens when the goods leave the store.

He said: “We as industry have to come together, collaboration on this is really important so that a lazy UK consumer like myself know that when they get any packaging they know what to do with it.”

Coca-Cola have also set out targets, including the plan to make 100% of its packaging recyclable.

Mr van Bochove said: “We have defined it as something that is recycled – not if it’s technically recyclable.”

“If there’s not a generic infrastructure that the consumer can use to discard their packaging, then it’s not recyclable – It’s that simple.”