Tottenham Hotspur's new ground is the just the latest stadium to try and make football as green as its pitches. Thomas Parker looks at how six English football stadiums are using innovations to deal with waste 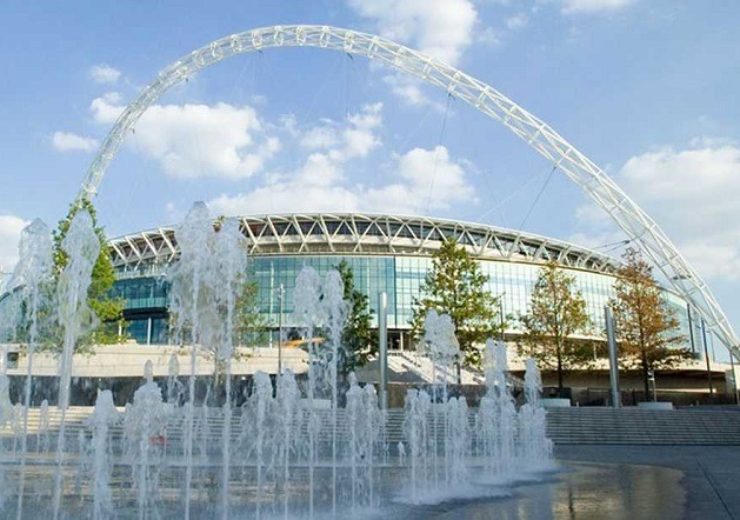 From Forest Green Rovers’ attempt to create a stadium out of fully recycled materials to clubs partnering with local recycling businesses, football teams from across England are looking to develop eco-friendly arenas.

Rising awareness about the impact that waste has on the environment means new builds from major sports teams are putting sustainability at the heart of any redevelopment.

The proposed new stadium from Everton, dubbed the Bramley-Moore Dock Stadium, is looking to harness power using local resources from a dockyard in Liverpool.

Alongside the new builds, the English Premier League has signed up to the #PassOnPlastic campaign led by Sky Ocean Rescue in the hope of using its clubs’ popularity to promote the charity.

When the partnership was announced last year, outgoing Premier League executive chairman Richard Scudamore said: “As an organisation with a global audience, we and our clubs are able to encourage people around the world to think and take positive action to reduce their use of plastic.”

Here, we look at what six football clubs are doing to become more environmentally-friendly in their stadiums

Tottenham Hotspur announced in April 2018 that the club would be implementing policies to make the club’s newly built stadium more sustainable. 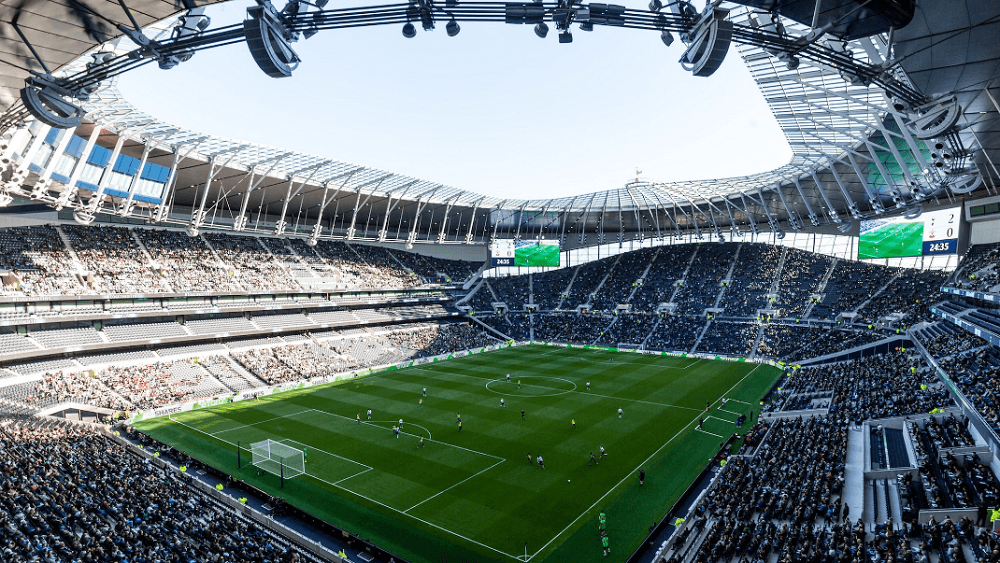 No plastic straws, stirrers or cutlery will be used by the club at the 62,000-seater venue.

Alongside this, Tottenham will offer a bag for life as part of its premium One Hotspur membership scheme, which is usable at the stadium.

The club is also looking to phase out the use of 5p plastic carrier bags, replacing them with biodegradable alternatives.

When these policies were announced, Spurs chairman Daniel Levy said: “As a club, we’ve always taken our responsibility to care for our environment seriously.

“So I’m delighted that we’ll now be bringing our values to the new stadium to both play our part in the reduction of single-use plastics and raise awareness of the importance of doing so.”

On the other side of North London, Tottenham’s rivals Arsenal has placed its main focus on recycling, with its Emirates Stadium ground housing a recycling area in its underground car park.

The club has also installed a cardboard baler, a machine that crushes cardboard, making it easier to transport the waste. 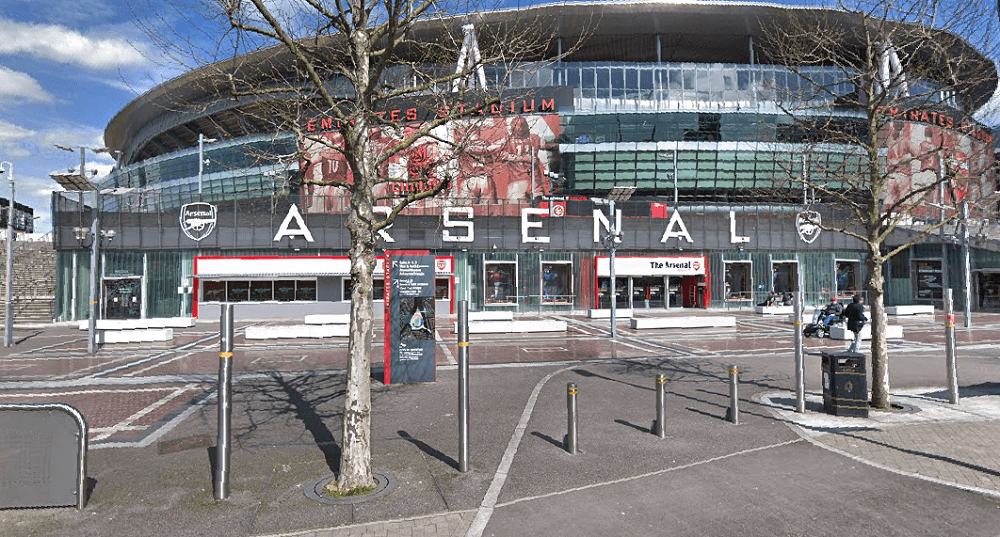 It uses this machine for all the material left over from its catering facilities, merchandise shop and programme-selling operations, before it is sent to be recycled.

Arsenal also recycles over 10 tonnes of cardboard and plastic each month, which it says would previously be sent to landfill.

Alongside this, the club has 32 wheelie bins that are filled with glass every match.

The surprise champions of the Premier League 2015/16 season, Leicester City teamed up with waste management company Bakers Waste in January this year.

The partnership is designed to improve the recycling system that was already in place at the 32,312-seater King Power Stadium. 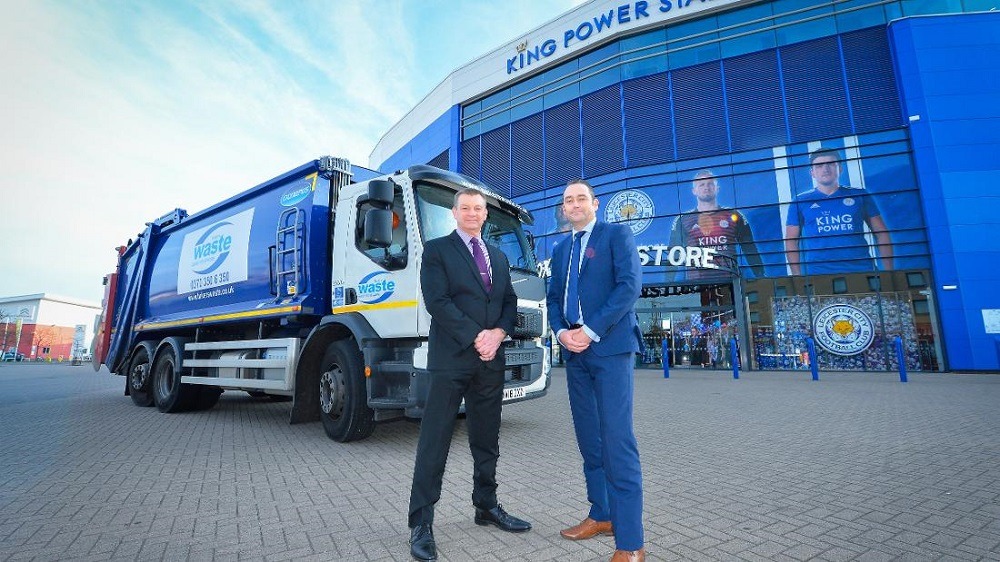 Leicester City’s director of operations Kevin Barclay said: “It’s one of a number of steps the club’s taking to improve its waste processes in order to help protect the environment.

“The football club is committed to recycling and reducing the amount of plastic it uses – aims which this partnership will only enhance.”

The campaign wants to encourage people to highlight the effect that climate change is having on people’s everyday lives.

As part of a redevelopment, the club also replaced an industrial estate building in the area surrounding the stadium with the the Etihad Campus, also known as the City Football Academy, which is a low-carbon and low water consumption facility.

The campus is a 0% waste-to-landfill site – meaning no rubbish from the campus goes into the tip – and in 2017, it was recognised with an award for best sustainability in the north by the Royal Institute of British Architects.

The iconic modern home of English football, Wembley Stadium, has been a zero-landfill venue since 2010.

From that year, waste management company Veolia has looked after disposal of materials from the arena.

All the food waste collected gets taken and turned into bio-fertiliser, with recyclable material taken to a recovery facility and general waste disposed in a way that is least damaging to the environment.

The main driving force for these stadium sustainability policies were initially called the “Green Team”, before its name was changed to the Football Association Sustainability Team (FAST) last year.

A football club owned by “green energy” industrialist Dale Vince, Forest Green Rovers’ The New Lawn stadium is home to the team regarded by FIFA as the “greenest football club in the world”.

The club has also been named the world’s first carbon-neutral team in the sport by the United Nations.

At its base in the Gloucestershire town of Nailsworth, it works with waste management firm Grundon to help achieve its target of recycling 100% of its rubbish.

In 2016, the club diverted 95% of the waste that it produced to either be recycled or recovered, with recycling points being installed around the ground.

Forest Green Rovers – which is famously a vegan-only club – also has a pitch irrigation system that recycles rain, drain water and spring water in order maintain the quality of the pitch.