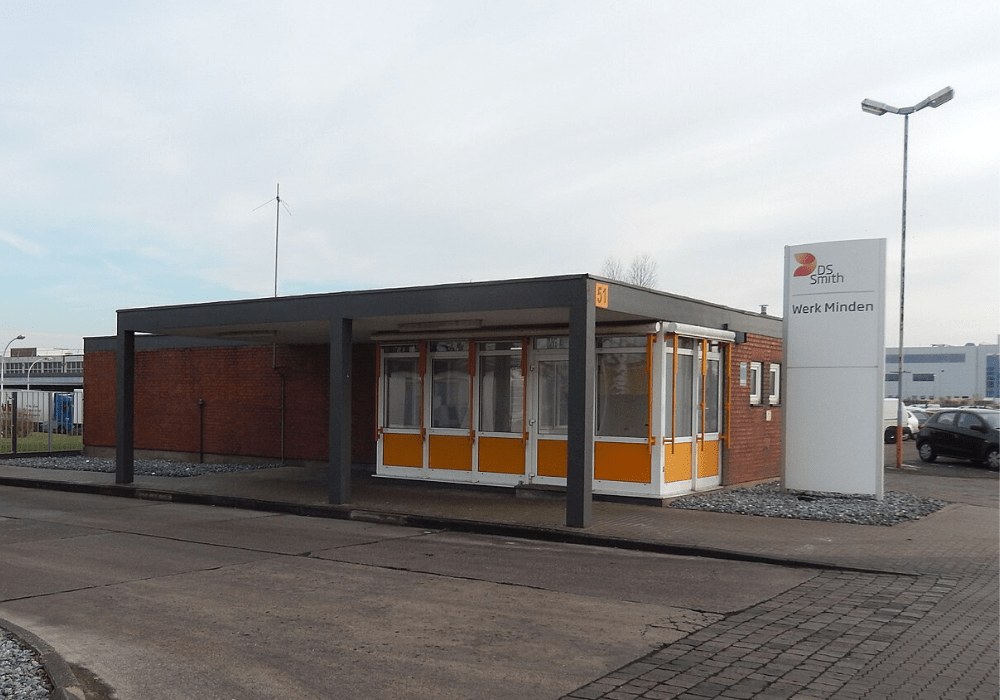 To enhance the company’s circular economy drive, DS Smith announced a partnership with the Ellen MacArthur Foundation in May 2019 (Credit: Wikimedia Commons/Gerd Fahrenhorst)

DS Smith is one of the largest packaging companies is in the world and has played a key role in helping deliver sustainability in the industry over the past few years.

The London-headquartered firm has embedded its “closed-loop recycling” model at the heart of its business strategy to ensure products are used as many times as possible rather than being turned straight into waste.

With the impact of climate change a constant concern and the threats of more ecosystems being destroyed following years of poor recycling practices, many senior figures have called for changes in the way firms across many industries handle such material.

DS Smith claims to be “redefining packaging for a changing world”, while helping its customers “respond to changing shopping habits with the sustainable packaging solutions that society needs”.

What packaging does DS Smith specialise in?

The company’s history dates back to 1940, when it was founded in London by David Solomon Smith.

He started the business as a carton manufacturer – making most of its sales by providing cigarette packaging for British-American Tobacco and Imperial Tobacco.

The company later diversified after purchasing several smaller paper, packaging and office products suppliers to scale up its operations.

It set up a recycling business that collects used paper and corrugated cardboard, from which its paper manufacturing facilities make recycled material used in corrugated packaging.

While being a major figure in the industry can bring financial rewards, companies such as DS Smith are also expected to lead the path towards sustainability.

On delivering the company’s 2019 sustainability report, CEO Miles Roberts said: “Above all else, packaging must be redefined in the face of global sustainability challenges.

“From recyclability, to climate change, to pressures on water sources, packaging must play a role in facilitating a more circular global economy.”

To enhance the company’s circular economy drive, DS Smith announced a partnership with the Ellen MacArthur Foundation in May 2019.

Members of the initiative have pledged to manufacture 100% reusable or recyclable packaging by 2025 and reduce CO2 equivalent emissions, relative to production, by 30% by 2030.

The partnership is also aiming to support innovation in DS Smith’s business model, to include projects on packaging design for a circular economy and improve collection systems in urban areas.

The company said this will build on its efforts to recycle throw-away consumable items such as coffee cups and reduce the amount of fibre in its cardboard packaging.

Through its Charitable Foundation, DS Smith has also made available more than £1m ($1.2m) to invest in sustainability or education initiatives.

It said the programme will kick-start local projects across its global footprint and support innovative new programmes that will “make a real difference to the communities” in which it operates.

DS Smith is Europe’s largest recycler of cardboard and paper through its closed-loop system – managing more than five million tonnes of materials a year.

As part of its environmental pledges, the company has committed to sending zero waste to landfill by 2030.

Through its “Box-to-Box in 14 days” scheme, it takes two weeks for paper fibre to move around its operations.

DS Smith claims that by recycling these paper fibres in its cardboard, it can save more than 360,000 trees every year from being cut down.

In March 2020, the firm opened its first recycling facility in the US to help expand its business in North America.

The site is based next to the company’s paper mill and packaging plant in Reading, Pennsylvania, and is aiming to create “new, fully recyclable packaging” for its customers in the region, while reducing the amount of fibre in its boxes by up to 30%.