Digital technologies such as QR codes and image recognition have been deployed by brands over the past few years, with the aim of gaining loyalty with consumers 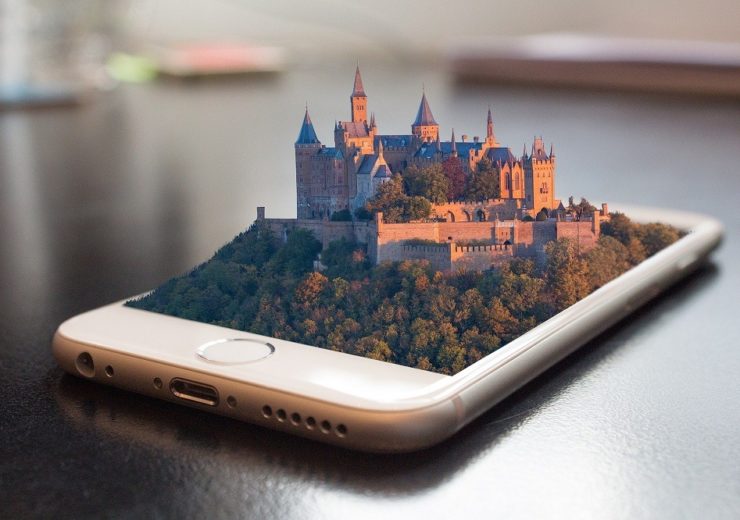 According to the World Economic Forum, the world will see the same amount of innovation over the next 10 years as it has seen in the past four decades. Digital technology company SharpEnd’s managing director Rob Holland discussed at an industry event how this fast-paced change could be used in the packaging industry, with Thomas Parker in the audience.

Devices that use internet of things (IoT) technologies have almost doubled over the past five years, with this expected grow at an ever-faster rate across the next half-decade.

Whether it is through smartwatches or Amazon’s Alexa digital assistant, they have become ever more prevalent in people’s lives — and with millions upon millions of users, the capacity to promote products and gain brand loyalty is huge.

Rob Holland, technology company SharpEnd’s managing director, believes the possibilities around brand promotion in the packaging industry are even greater than this.

Speaking at this year’s Packaging Innovations conference in Birmingham, he said: “When you start to look at something like packaging, where you’re not looking at millions or billions, but actually at any one point in time you might see five to 10 trillion pieces of packaging within our lives.

“So we can start to treat that as something that we can connect, then that could be really interesting.”

We look at some of the technologies currently used within the packaging industry.

Digital technologies being used in the packaging industry

An area being looked at with intense interest by the packaging industry is image recognition — where a digital device can recognise a certain shape and respond to it.

One way this is being used is through augmented reality (AR), where real-world objects or places are enhanced by computer-generated images.

Although it’s more popularly known for its use in mobile phone games such as Pokemon Go, the technology is being deployed by brand owners to create experiences for their consumers.

The experience is divided into three parts, all designed to look like hand-crafted models.

Another organisation involved in AR is beauty product developer Lush.

It offers the “Lush Lens” feature in its app, which allows consumers to scan products without packaging or labels to get information.

Holland believes a “digital touchpoint” like the one Lush has could be used to “communicate other things”.

He added: “It could help a product handle multiple languages or tell a deeper brand story.”

The system is a machine-readable code made up of an array of black and white squares, and is typically used to store website links.

Holland believes businesses “destroyed” QR codes in the marketplace when they were initially popularised.

He added: “We splatted QR codes on things and we gave an awful consumer experience.

“Alongside this, we didn’t really explain to anyone what they were, and when they were used they typically went through to a Carlsberg.com or a Somersby cider website.

Despite perceived death of QR codes in western markets, in countries such as China, there were huge amounts of scanning taking place, with almost $2tn worth of transactions made via the codes.

Holland said: “We have started to see this change in our markets as well, with the biggest change happening in 2018, when Apple finally gave in and built QR scanning into its iPhone camera.

“Now you can swipe on your device, point at a code and instantly receive an experience back.

“That’s seen almost a 40% increase in scan rates in the US and UK.”

Alongside this, features such as mobile phone app Snapchat’s Snapcode — which can provide links to websites, unlock filters and lenses, or add new friends if a specific image is scanned — has educated consumers about how QR codes are used, and the confidence that they’re going to give a good user experience.

It allows for devices to create a wireless connection and communicate with one another, meaning it can be used as wireless payments or in keycards.

SharpEnd is one of the businesses developing this digital technology for firms in the packaging industry, with its most notable work being with the Pernod Ricard-owned rum brand Malibu.

The duo partnered in 2016, conducting a “test and learn” period in which 40,000 connected bottles were sold at 1,600 branches of the UK supermarket chain Tesco.

Two years later, Malibu sold 300,000 connected bottles across its European market as part of its “Because Summer” campaign.

The system allowed consumers to accesses a series of games, with the drinks also featuring recipes and seasonal content.

In the Tesco pilot, 15% of consumers scanned the bottle, with almost half of those going on to provide first-party data — information directly collected by an organisation — to the business.

Holland said: “This is massive because, if you were to use an online banner, you might get a 0.01% click rate.

“We’ve seen the kinds of figures [from the Tesco pilot] across our connected bottle projects, with between 10% to 20% of all those bottles ending up being engaged with.

“Similarly, 30% to 50% of those bottles will have a conversion rate, commonly through first-party data.”

The use of NFC technology also allows for businesses to understand the correlation between consumers across its brands.

Holland added: “We can actually start to see the relationship between those taps or connections, so you might find out that your Marmite lover at Unilever is a user of another product that the company produces.

“It means you can start to look at how you might re-market or re-target the products based on those insights.”