Common Seas is currently involved in plastic waste management projects on the Greek island of Paros, the Maldives and the Indonesian province of East Java 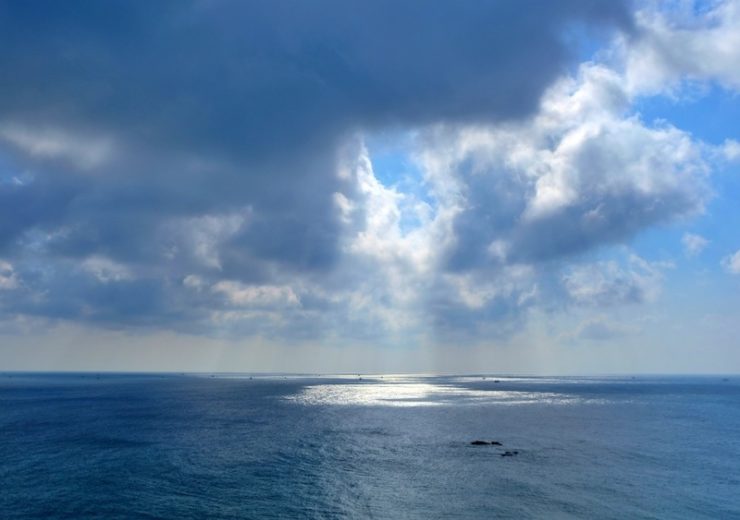 Since it was founded, Common Seas has been bringing together stakeholders to explore the concept of ocean-friendly design to achieve the goal of stopping plastic waste entering the world’s waters.

Speaking at a webinar during Asia Dive Expo’s World Ocean Week,  Common Seas founder and managing director Jo Royle explained: “We want to quickly and significantly reduce the amount of plastic made and to stop it from polluting our rivers and seas.

“We do this through driving new policy, investing in the circular economy, and catalysing a cultural shift in the way that we make, use, and dispose of plastics.”

Before setting up the not-for-profit enterprise in 2011, Royle had spent more than 10 years as a freelance expedition and ocean racing yacht captain.

During this time, she led expeditions to the Antarctic, and Sundarbans, as well as trans-Atlantic voyages.

Between 2008 and 2010, she was the project manager and skipper of the Plastiki expedition — a United Nations-recognised global campaign to highlight issues around plastic pollution in oceans.

Since setting up Common Seas, Royle has been involved in plastic waste projects on the Greek island of Paros, the Maldives and in the Indonesian province of East Java.

The not-for-profit’s work in the three countries is part of its Clean Blue Alliance initiative, which works top-down and bottom-up with island communities to understand plastic waste flows and its impacts from source to sea.

Its specific focus on islands is down to the close relationship they have with oceans and the fact that plastic pollution often tends to be more visible in these places.

There are three parts to the initiative: firstly, it investigates the island’s ecosystem, then intervenes to help communities respond to the problem, and finally attempts to get these approaches adopted on a national scale.

In January 2019, Clean Blue Maldives was launched by Common Seas and Maldivan-based resorts company Soneva during a two-week accelerator that brought together councils, the government, private businesses, and local not-for-profits.

During this time, the group visited waste management centres on the islands of Maalhos, Dharavandhoo, and Kihaadhoo.

The group also visited the “trash island” of Thilafushi, an artificial landmass built as a landfill site where environmentalists claim more than 330 tonnes of waste is dumped every day.

Stakeholders attending the two-week meeting also signed the Clean Blue Maldives charter, in which they agree to accelerate source-to-sea solutions that eliminate plastic leaking into the ocean.

It included a nationwide ban of single-use plastic bags, banning plastic bottles in government buildings, and agreeing to work towards a deposit return scheme for beverage drinks.

To prevent debris from being dumped at sea, all waste boats became fully observed with cameras.

As part of its work with the Clean Blue Maldives project, Soneva is working with the islands of Maalhos, Dharavandhoo, and Kihaadho to build “waste-to-wealth” full-cycle recycling systems.

The “waste-to-wealth” model was pioneered by the Soneva Fushi hotel resort located close to Maalhos.

The system aggregates clean bales of PET, HDPE, card, aluminium, and organic waste, which are then either chipped, grounded down, or composted.

With support from Soneva, councils, and the Maldivan government, the Clean Blue Alliance’s plastic waste solutions successfully trialled on Maalhos, Dharavandhoo and Kihaadhoo will now be used to inform the implementation of similar schemes.

In Greece, it’s estimated that tourism makes up close to 20% of the country’s total GDP, with its population tripling over the summer months.

During this high season, the Greek island of Paros experiences a 350% increase in waste, with its landfill sites almost full.

In May 2019, Common Seas, the Municipality of Paros and technology company WATT launched the Clean Blue Paros initiative, which aims to help it become the first island t be free of plastic waste in the Mediterranean.

Speaking at the time, WATT CEO Athanasios Kartis said: “We all share our love for the environment and experience nature’s wonder, particularly when we are on the Greek islands.

“We welcome this important initiative that will invest in incubating and accelerating viable enterprises developed on the island, enable a higher volume of waste to be recycled, and preserve the beauty of Paros for generations to come.”

As part of its work, it is supporting cafes, bars, and restaurants to set targets, reduce single-use plastics, and improve how they collect high-value plastic waste.

More than 40 businesses have signed up to its Clean Blue Guidelines, which see the group aid companies to reduce the amount of plastic bags, straws, drinks bottles, coffee cups, and takeaway containers they use — doing this through piloting new systems and alternative reusable products.

Solutions that are successful on the island will be used to inform national policy implementations across Greece.

The latest Clean Blue Alliance project to launch is one based in the Indonesian province of East Java.

Home to almost 40 million people, its scenery and landscapes attract thousands of tourists to the region each year.

The Brantas River follows a semi-circular route throughout most of the province and is the second-longest river in the area.

The waterway is also considered to be one of the biggest contributors to ocean pollution, with an estimated 38,900 tonnes of waste entering the seas from its waters a year.

Of this plastic waste, used nappies are the most prolific item, with an estimated 1.5 million thrown into the Brantas every day.

To help better understand the situation in the region, Common Seas have initiated a “Clean Blue Research Council” to collect baseline data about waste streams and leakage, and measure its impact to amplify the success of Clean Blue East Java.

In order to get the insights required, river booms will be placed at hot stops along the Brantas to monitor the volume and composition of plastic pollution.

The organisation also plans to create a “River Clean Up App” that citizens will be able to use to upload real-time findings.

In order to reduce the number of nappies being thrown into the river, Clean Blue East Java is promoting and facilitating the use of reusable products.

As part of this, it’s providing 500 children with reusable packs and is creating a network to support wider-scale uptake.

Alongside that, the organisation is looking to optimise the product’s waste management by initially providing a separate collection system of used nappies to 5,000 households.

Longer-term, Clean Blue East Java is planning how the successes of its investigation and intervention can be scaled and replicated rapidly both in the province and in similar communities across the world.

What is the Ocean Plastics Academy?

Alongside its work through the Clean Blue Alliance, Common Seas is involved in multiple projects to increase awareness of the ocean plastics problem.

One such enterprise is called the Ocean Plastics Academy, which has been set up to provide educators with resources that build understanding among students.

Launched in June 2019 and created alongside educators, scientists, and industry, it aims to equip every child with the knowledge, experience, and courage to address plastic pollution.

Currently, its resources and case studies are aligned to England’s national curriculum, providing teachers with content to deliver lessons on plastics and their impact on the marine environment.

Designed for children aged five to 16, it includes programmes of study for science, geography, and design and technology.