Has China’s plastic ban left its neighbours drowning in waste?

Until its ban came in 2018, China was the largest importer of plastic waste in world, bringing in 5.76 million tonnes in 2017 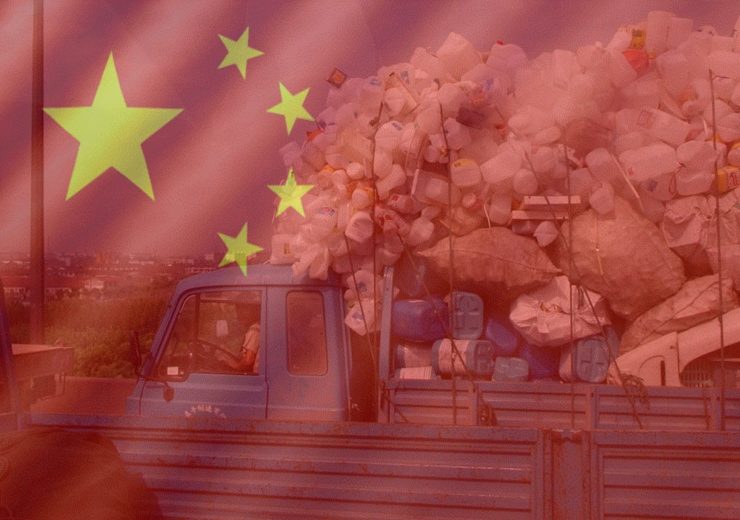 In 2018, China banned the importation of 24 types of waste material (Credit: Wikimedia/Paul Louis)

Over the past 20 years, most of the world’s plastic waste has ended up in one country: China.

But this all changed in January 2018, when the country implemented a nationwide ban on the importation of 24 types of waste material.

In the most practical terms, this means China will no-longer accept shipments that mix recyclables with general waste, the wrong type of recyclable or low quality materials such as greasy paper goods.

The country did this by reducing the number of import licenses, meaning fewer businesses were able to bring in waste.

The materials banned included various plastics that weren’t at least 99.5% pure – such as polyethylene and polystyrene – as well as paper and solid waste.

Since the 2018 introduction of the ban, titled National Sword, the import rate of plastic waste has plummet by 99%.

With the reduction in the import quantity, it’s no wonder that some are predicting mass displacement of the plastic recycling industry.

A study conducted by scientists from the University of Georgia (UGA) said the ban could cause the displacement of 111 million tonnes of waste by 2030.

Amy Brooks, a doctoral student at UGA’s College of Engineering and the lead author on the study’s paper called its findings “a big wake-up call”.

She said: “These countries have been largely relying on China and other nations to take their waste, and it absolutely should drive the development of better markets here [the US] and in other wealthy nations.

“Other solutions are reducing plastic usage and restructuring our relationship with plastic so that there’s more value with it and it’s more easily recycled.”

Where is the plastic waste going now?

The UGA study suggested that East-Asian Pacific countries in and around China could receive an increase in the importation of some of the waste, with this certainly becoming the case.

According to trading data published by the Financial Times, in the first half of 2018, the importing of plastic waste increased by 56% in Indonesia, it doubled in Vietnam, and rose in Thailand by 1,370%.

In 2010, the region was both home to the top five most mismanaged recycled plastic waste, and the top five biggest producers of marine plastic debris.

Since the ban in China, Malaysia has become the leading alternative destination for plastic waste, importing 456,000 tonnes between January and July 2018 from the 10 biggest source countries – compared to 316,600 received in 2017.

The country has, however, started to take steps to remove some of these materials from the country.

Its environment minister Yeo Bee Yin announced in May that 3,000 tonnes of non-recyclable plastic waste would be sent back to their countries of origin – including the UK.

In an address on the matter, she said: “Now we know that garbage is traded under the pretext of recycling, Malaysians are forced to suffer poor air quality due to the open burning of plastics, which leads to health hazards, polluting rivers, illegal landfill and a host of related environmental health problems.

“Malaysians, like any other developing countries have a right to clean air, clean water, sustainable resources and clean environmental living.

“If they [developed countries] ship to Malaysia, we will return it back without mercy.

“We would like to also ask them to take responsibility, not only curb the import of the waste, but to actually curb it at source.

“To be very opaque with your own tax payers on recycling waste and then dump that garbage into our country is unfair, and uncivilised.

“We urge the developed countries to review their management of plastic waste and stop shipping the rubbish out to the developing countries.”

In a statement responding to the issue, the British High Commission in the Malaysian capital of Kuala Lumpur said it condemned any companies that export unrecyclable plastic illegally, and is supporting the Malaysian government in tackling the plastic waste problem.

Malaysia is not the only country to take action on plastic waste in the region, with Thailand also implementing a temporary ban on prohibited plastic waste imports, with a full ban set to come in force in 2021.

Alongside this, Vietnam said it will bar all imports of plastic scrap by 2025, Taiwan will only accept the importation of single-source plastic waste and India has expanded its ban on solid plastic waste imports.

What are European businesses and government doing to curb the plastic waste problem?

At the 14th Conference of Parties to the Basel Convention – part of the United Nations Framework Convention on Climate Change – agreed new global rules to curb unrestricted plastic waste exports.

This would require any countries wanting to export the material to obtain prior informed consent before sending any contaminated mixed waste.

IPEN science advisor Dr Sara Brosché said: “With this amendment, many developing countries will, for the first time, have information about plastic waste entering their country and be empowered to refuse plastic waste dumping.

“For far too long developed countries like the US and Canada have been exporting their mixed toxic plastic wastes to developing Asian countries, claiming it would be recycled in the receiving country.

“Instead, much of this contaminated mixed waste cannot be recycled and is instead dumped or burned, or finds its way into the ocean.”

Alongside this, governments have been looking invest in the circular economic recycling – a system designed to keep materials in use for as long as possible.

The EU’s European Investment Bank (EIB) has committed to investing $11bn over the next five years “accelerate the transition to a sustainable and circular economy” across Europe through its Joint Initiative on Circular Economy.

EIB president Dr Werner Hoyer said: “Fighting global warming and environmental crises is the most urgent challenge of our time.

“Strengthening the circular economy is one of the most powerful tools in our arsenal. It will not only help achieve the Paris Agreement targets but also bring huge benefits for the economy and society.

“With the Joint Initiative on Circular Economy, we are scaling up our ambition and joining forces with our peers to stem the tide of waste.”

Businesses are also innovating in this space, such as UK-based company Advanced Sustainable Developments, which claims it has found a new way to manufacture recycled plastic at the quality it was at when it was first produced.

The company is in advanced talks to become part of Peel Environmental’s Protos project – a scheme enabling innovators to collaborate on environmental-friendly solutions to issues including energy and material waste.

Circular economic values is one of the factors identified by US-based business consulting firm Frost & Sullivan, which predicts the plastic recycling market will grow by more than $2bn to $39.8bn by the end of 2019 – with the overall waste management sector growing to $376.9bn.

The waste crisis in South East in Asia which has emerged following China’s plastic scrap ban has sprung business and government across the world into action – but with importation of plastic waste from countries like Thailand going up by more than 1,000%, there’s still work to do.