Inside Burgopak, the firm that packages Wimbledon tickets and medical cannabis joints 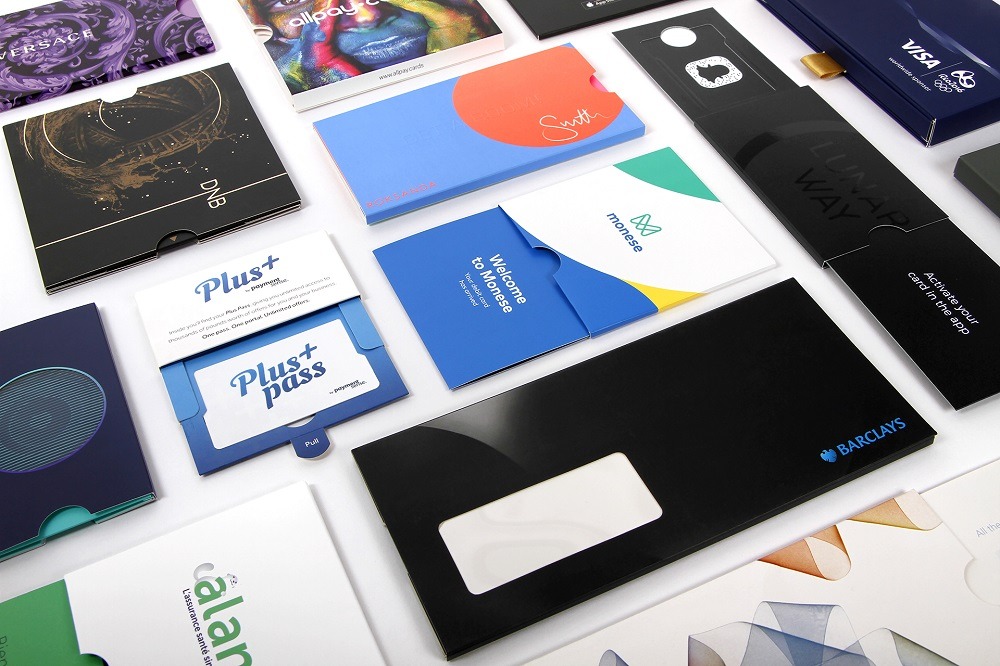 Burgopak has supplied its patented sliding packaging systems for everyone from French restaurant chain Côte Brasserie and Visa to the Wimbledon tennis tournament. Thomas Parker meets the team at its London workshop

From the release of Coldplay’s Grammy Award-winning second album A Rush of Blood to the Head to early-Noughties icons Blue giving the world it’s famous One Love song, 2002 was a big year for British music.

CD sales were on the rise, with 228 million albums sold, up 3% from the previous year.

One man who was keen to get involved in this growing market was Burgo Wharton, who set up Burgopak Holdings Group in 2002.

Times have changed since then – the rise of the digital marketplace has seen album sales drop – of the £1.33bn the British music industry made last year, physical copies such as albums and vinyl made up only 29% of that figure.

The ever-decreasing demand for physical CDs meant that companies like Burgopak had to change their business model.

Operations manager Hadley Baker says: “Burgo saw the market of CDs but when the whole world went digital, we had to rethink things.

“We still CD packs now and again, but there’s so much more to what we do now with the innovation we provide.”

What is Burgopak’s patented packaging design?

With Burgo behind the wheel, the agency expanded to produce content in a range of fields, including the retail marketplace and healthcare industry.

It can now count some of the world’s biggest brands among its portfolio, yet it remains a small company with a niche sliding system that it’s patented across products such as the Slider, Cabrio, Coupe and Telescopic.

“We have four elements on our main pack,” explains Hadley.

“We have what we call a pull, a pop, a colour and then a band that loops through the pack, for which we use polypropylene.

“We also use cardboard because you can print on it, it’s very durable, fit for purpose and obviously better for the environment, with the world moving away from plastics.

“We then attach one component to the back of the band, one to the front and then you get your counter lever action.”

Products that Burgopak have worked on

If you are lucky enough to find yourself drinking Fortnum & Mason champagne while attending The Wimbledon Championships this summer, then you may be aware of just some of Burgopak’s work.

It creates the cardboard sleeve containing tickets and other documentation for VIPs attending the tennis tournament.

Quite the esteemed client, but just one of many, with French restaurant chain Côte Brasserie gift card sleeves and Visa credit card holders made at Burgopak’s London workshop.

Marketing executive Alethea Price says: “Brands that approach us want to break out of the mould, it allows us to work across a whole range of projects, each with its own unique angles and challenges.”

One of those items was for Sony, producing packaging to go alongside the release of the EyePet virtual reality video game for the PlayStation 3 in 2009.

This included a pop-out box that comprised the game disc, a camera and other accessories.

The firm also worked with Hornby when the toy giant released an Aston Martin DB5 model under its Corgi Toys brand.

This was to celebrate the 50th anniversary of the James Bond film Goldfinger in 2014.

Hadley says: “We like creating these amazing things and these great inventions almost but it has got to work.

“You have to make it financially viable for a client, you have got to manufacturer it, tape it, stick it together, silly little things like that, and we work with that in mind.”

When visitors first arrive at Burgopak’s HQ, they could be forgiven for thinking they’ve stumbled upon a car or bike garage.

From the outside, it looks just like any other British industrial estate.

But looks can be deceiving and, inside, they will find a 21st century workshop packed out with the same creative types more likely to be based in the hipster district of Shoreditch. 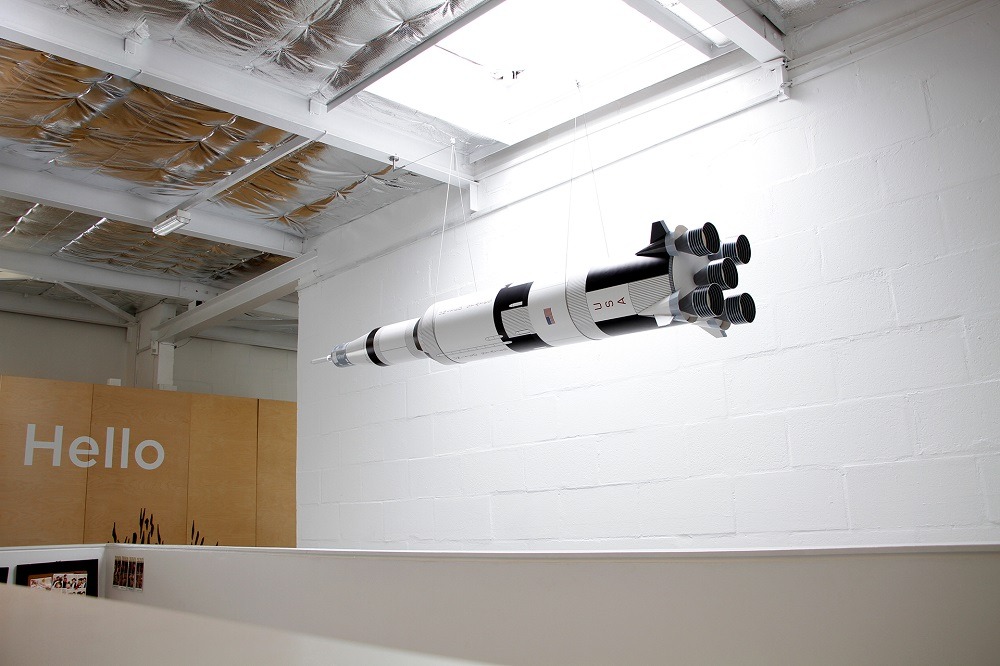 Hanging from a ceiling near the entrance is a space rocket, while buzzwords decorate the walls and everyone appears to be hot-desking on an Apple Mac computer.

Burgopak has made this modest facility, based in Flat Iron Yard, in Southwark, its home after moving from another South London industrial estate at Battersea Business Park  four miles down the road.

The 25-person team may be small compared to other big packaging firms but it has almost doubled over the past year. 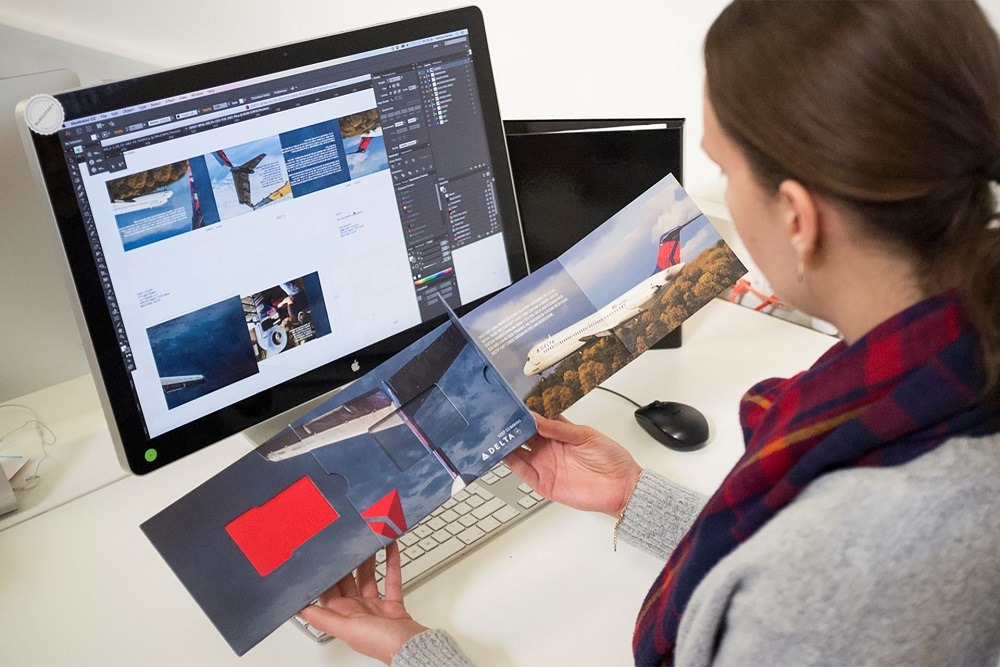 Hadley says: “We are a packaging design agency staffed by graphic and structural designers.

“We like to think that if we can design something as semi-complicated as the Burgopak design we’ve patented, then we can kind of design anything.”

What is Duallok? Explaining child-resistant packaging

One area in which the firm is expanding its interest is child-resistant packaging with its new system called Duallok.

“The mechanism is so intuitive that there’s no need for illustrated opening instructions as in other child-resistant packages.

“There is simply a short-written sentence at the end of the tray and an arrow with the word ‘push’ above each button on the side.

“This keeps the main print surface clean, allowing the brand elements to ‘pop’ rather than having to compete for visual attention.”

Duallok is designed for items such as vape cartridges, pre-rolled cannabis joints, medicines and other healthcare-related products such as syringes.

While working in 1967 as chief of paediatrics and director of the poison control centre at the Hotel Dieu Hospital in Kingston, Ontario, he created what became known as the “palm ‘n’ turn” mechanism for making medicine bottles child-proof.

To have a product certified as being child-resistant by the US’ Code of Federal Regulations (CFR), product testers must give a piece of packaging to a group of children aged between 49 and 51 months, and task them with trying to open the package.

If they don’t succeed after five minutes, they are then shown how to open it and given five more minutes to try again.

Depending on how many participants there are, it must be impossible for up to 94% of the children to open in the first five minutes, and up to 90% after being given a demonstration for the packaging to be considered child-resistant.

Duallok has a certificate from the CFR but doesn’t yet have one from the British Standards Institution (BSI).

Burgopak creative director Dane Whitehurst explains: “We have always believed in making things that are both useful and delightful.

“Two years ago, we embarked on a journey to design the most beautiful, user-friendly and compliant packaging for high-end controlled substances.

“We wanted to create a child-resistant packaging solution that brands would want to use, rather than something they were forced to.”

Such is Burgopak’s excitement for Duallok’s potential that it decided to make it into a separate company.

It is already gaining industry recognition, with its design for medical cannabis company Theory Wellness receiving a nomination in the technical design category of the 2019 PAC Global Leadership Awards.

She adds: “The principle was being able to make something that was cost-efficient but also practical.

“It had to be something that can fit quite easily into your lifestyle but is still sleek.”

Burgopak managing director Rosie Reardon is looking forward to seeing how far this new innovation can take her company.

“We’re enthusiastic to see where this new venture takes us and are pleased to already have a good response from the industry,” she says.

“Exciting times are ahead.”