The so-called Break Free From Plastic Act is supported by US-based environmental charities, including Greenpeace USA, Environment America, and Oceana 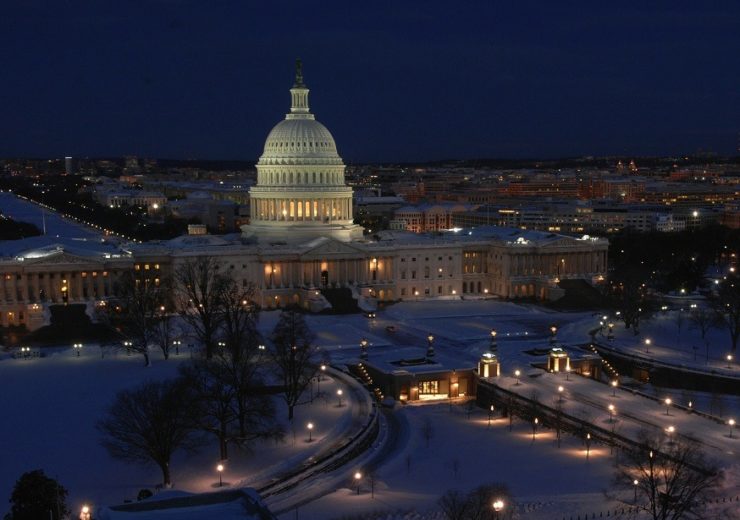 The bill has be brought to congress by two Democratic politicians, senator Tom Udall and representative Alan Lowenthal (Credit: Pixabay)

Legislation making producers responsible for the waste they create — dubbed the Break Free From Plastic Pollution Act — is set to be brought to the US Congress today (11 February).

If the bill — put forward by Democratic politicians, senator Tom Udall and representative Alan Lowenthal — is passed, it would also ban take-out bags, utensils and plastic foam containers that can’t be recycled.

It would also introduce a nationwide deposit return scheme, designed to incentivise consumers to recycle empty bottles, in return for a refund of 10 cents.

“We now know that is not what is actually happening out there.”

Udall added: “Today’s producers have zero responsibility for their product waste and no incentives to reduce wasteful production.”

Passing the legislation is expected to be difficult due to a lack of support from members of the Republican Party.

What is in the ‘Break Free from Plastic Act’?

First drafted by Udall and Lowenthal in October 2019, the bill would set out minimum recycled content requirements for plastic packaging.

Alongside this, it would introduce a temporary ban on the construction of new plastic manufacturing plants.

The rule is designed to give environmental agencies the time needed to investigate the impacts of new plastic-producing facilities on air, water and climate.

Alongside this, it will direct the EPA to update its existing Clean Air and Clean Water Act emissions standards.

What have states in the US done to tackle plastic waste?

Over the past few years, a handful of states and cities in the US have introduced rules designed to limit the amount of plastic waste they generate:

The first area to place restrictions on the material was Hawaii County, which in 2013 prevented stores from providing plastic bags for anything but bulk items — such as meat, grains and fresh produce.

Similar measures were introduced across the state, with capital Honolulu the final place to introduce the ban in 2015.

Four years later, the city passed a bill banning most plastic utensils, food containers and straws. This will be fully introduced by 2022.

The state of California held a referendum on whether or not to introduce a single-use plastic bag ban in 2016, which resulted in 53% of voters backing the move.

It prohibits most food, retail and convenience stores from providing customers with these types of products.

It would have seen the state ban all single-use packaging and foodware that can’t be recycled or composted by 2030.

The bill was not introduced into law after legislators failed to act on it, with supporters unable to overcome lobbying from industry opponents.

It’s expected to be reintroduced to the state’s congress later this year.

In April 2019, the state of New York announced it would ban single-use plastic shopping bags from 1 March 2020.

Introduced as part of its 2019-2020 budget, cities will have the choice to opt-in to a five-cents fee for a paper bag — two cents of which will go into local schemes that buy reusable bags for low-income consumers.

The state’s governor Andrew Cuomo said at the time: “This is long overdue, you drive through urban areas in this state and you see plastic bags hanging from trees like some bizarre Christmas ornaments.

“You see in waterways all across this state, plastic bags.

“I’ve been fishing 40 miles out in the ocean and you see a parade of these plastic bags just floating by.

“There was no need, we’ve been trying to get this done, and we’ve gotten it done.”