It's estimated that more than half of the world's biggest marine plastic polluters originate from five countries, with four of these in Asia 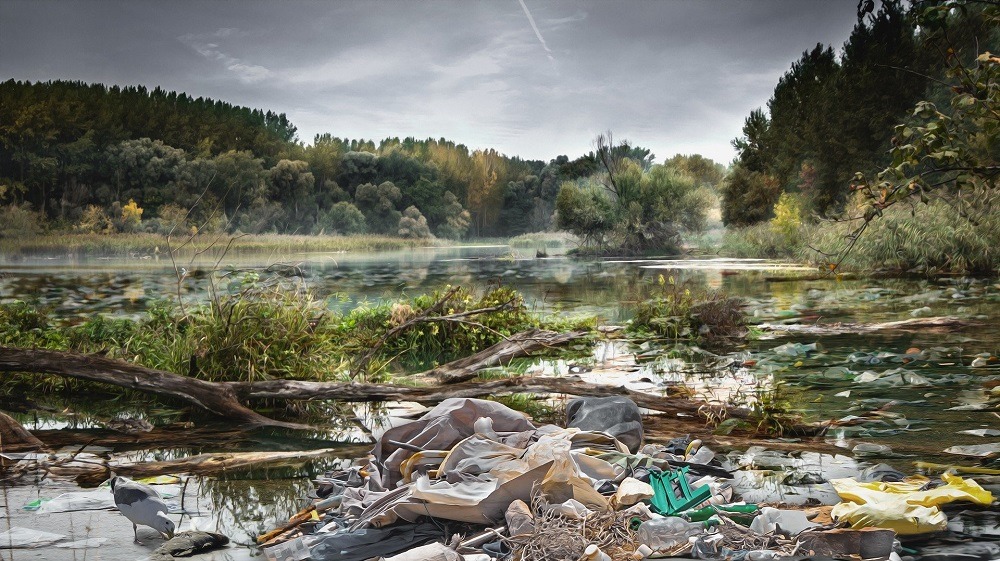 It's estimated that eight million tonnes of plastic waste ends up in the ocean every year (Credit: Pixabay)

From the biggest of countries to the smallest of cities, the impact plastic polluters have on the planet is well documented and devastating.

Of the 380 million tonnes of plastic produced every year, eight million tonnes end up in the planet’s oceans — the equivalent of dumping five rubbish bags full of waste on every foot of coastline around the world.

According to the UN Environment Programme (UNEP), more than half of this rubbish comes from just five countries — with four of these in Asia.

This region was the biggest polluter when The Wall Street Journal investigated nations with the most mismanaged plastic waste in 2010.

Now, 10 years on — and to highlight World Environment Day on 5 June — we look at the top five biggest plastic polluters to see what they are doing to tackle the problem.

How the world’s biggest plastic polluters are tackling waste

In 2010, China had by far the most mismanaged plastic waste in the world.

At the time, it generated 8.80 million metric tonnes a year — more than double that of Indonesia in second place.

China has since made legislative changes to reduce the amount of waste it generates.

At the start of 2018, the country implemented a nationwide ban on the importation of 24 types of waste material.

The restrictions meant China no-longer accepts shipments that mix recyclables with general waste, the wrong type of recyclable or low-quality materials, such as greasy paper goods.

Its legislation also includes various plastics that aren’t at least 99.5% pure — such as polyethylene and polystyrene — as well as paper and solid waste.

Two years later, the Chinese government announced it would begin to phase out certain single-use plastic products throughout a five-year period.

By the end of 2020, all the country’s major cities — such as Beijing and Shanghai  — will ban single-use plastic bags, with this expanded and introduced to all cities and towns by 2022.

Alongside this, restaurants in the nation have been told to reduce their use of single-use plastic items by 30%.

As part of this move, China has banned the industry from using disposable straws — including non-plastics — by the end of 2020.

The nation that came in second place in 2010 was Indonesia — producing 3.20 million tonnes of plastic waste a year.

In April 2017, the country’s third-largest city had a concentration of plastic so thick locals said it resembled an iceberg.

Like most of its neighbours in south-east Asia, Indonesia has been a destination for most of the waste exported by western nations.

These include tougher border checks.

A few months later, Indonesia said it would send 547 containers of “contaminated” waste back to their countries of origin.

Alongside this, its government has implemented several policies designed to limit single-use plastic.

In 2010, the Philippines was generating 1.90 million metric tonnes of plastic waste — a figure that hasn’t significantly reduced since.

According to a March 2019 report by the Global Alliance for Incinerator Alternatives, Filipinos use more than 163 million plastic sachet packets, 48 million shopping bags and 45 million thin-film bags each day.

One community in the nation has looked to incentivise the collection of plastic waste through rice, where locals can hand-in rubbish in exchange for the food.

Companies in the country have also been converting discarded shopping bags, sachet wrappers and plastic packaging to develop infrastructure — such as creating cement for buildings, and roads.

The country has said it will ban all plastic imports by 2025.

Another area that compounds Vietnam’s plastic waste issue is the Mekong river, which ranks as one of the 10 most impactful sources of global marine litter.

To combat this, it is developing a municipal waste segregation, collection and recycling strategy called the Zero Plastic Waste City project.

Its implementation areas will be identified according to a variety of factors, such as their proximity to rivers or the sea, and whether or not they have a high volume of solid waste leakage.

The Zero Plastic Waste City project — which is being developed in partnership with social business institute the Grameen Creative Lab and industry collaboration the Alliance to End Plastic Waste — aims to be scalable along the whole of the Mekong Delta.

Sri Lanka was announced as the fifth-largest plastic waste emitter in the world in 2010 — at 1.60 million metric tonnes. The country has since moved to tackle the problem.

Signing-up alongside Chile, Oman and South Africa, it aims to tackle marine litter and ocean pollution.

As part of its work with UNEP, it has banned any form of polyethylene bags and Styrofoam containers.

Sri Lanka is also implementing extended producer responsibility rules — where a manufacturer either pays for a part or the full cost of managing and disposing of its waste.

The project has had a series of consultations with government agencies and the private sector to gain their initial inputs on how it should be established.