From major plastic developers to producers of space equipment, NS Packaging ranks the biggest packaging companies in the world by revenue 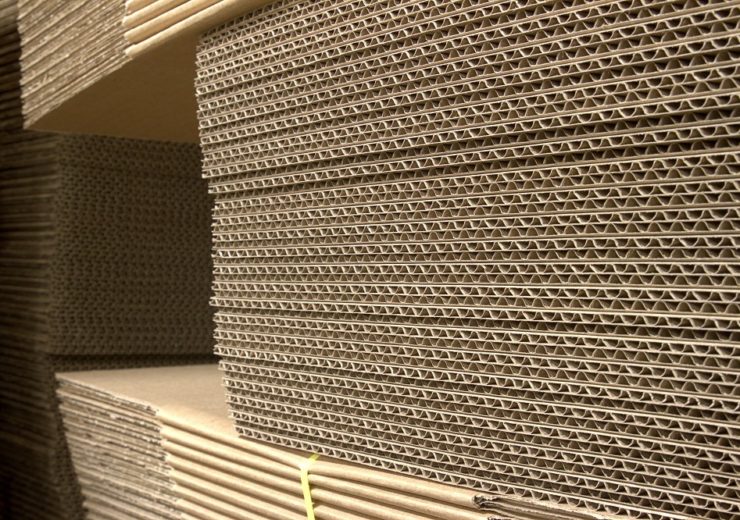 The packaging industry is a hotbed for innovation right now but the biggest companies in the world remain those embedded in traditional materials like cardboard boxes and plastics.

While some of the top firms have been around for more than a century, others have been formed this decade through mergers and acquisitions as the market becomes more relevant than ever due to online shopping trends.

Research company Smithers Pira estimated in March 2019 that demand for packaging globally will grow steadily at 2.9% annually, predicting the industry will be worth $980bn (£759bn) in 2022.

Whether this is due to the rise of e-commerce businesses such as Amazon, which shipped more than five billion items to its Prime subscribers alone in 2018, or the predicted $8.9bn (£6.8bn) rise of the meal kit market, only time will tell.

However, across the globe, there are a selection of major businesses that provide packaging services.

Using data collected by the companies’ latest annual reports, we rank the top ten biggest packaging companies in the world by revenue.

Formed from a merger between 20 pulp and paper mills in the north-east of the US in 1898, the International Paper Company was originally founded in the town of Corinth, New York.

The firm’s current headquarters is an 18-hour drive from its original home, in the city of Memphis, Tennessee.

It’s a developer of containerboard, corrugated, pulp and paper packaging, with the business operating across 150 countries.

International Paper Company’s 53,000 employees are based across its 154 sites in the US, Mexico and Chile, with the largest volume of its facilities in the state of California.

The firm’s current CEO is Mark Sutton, who has been in charge since 2014.

US giant WestRock first came into existence after a merger between RockTenn and MeadWestvaco in 2015, which had a combined revenue of $14.2bn at the time.

The business is involved in the manufacturing of paper-based products, which includes corrugated containers and cartons.

The company’s CEO is Steven Voorhees, who has been at the top of the Atlanta-based firm since the merger.

As of September 2018, the business had approximately 45,100 employees spread across more than 320 factories, design centres, research labs and sales offices around the world.

Tetra Laval was initially established as Tetra Pak in Lund Sweden by Ruben Rausing in 1951, starting as a subsidiary of Akerlund and Rausing.

A year later, the first Tetra Pak machine for tetrahedron-shaped cartons – a product that the firm is most famous for – began the packing of cream in 100ml cartons.

Tetra Laval was created in 1993, following Tetra Pak’s acquisition of Alfa Laval – one of the world’s largest suppliers of equipment and plants to the food industry.

The firm is most well-known for both inventing and being the leading manufacturer of tetrahedron beverage packaging.

Formed in a pyramid shape, it’s best known for being on the top of milk cartons to give easy access to consumers, who need only tear it to open.

The group is made up of three independent industry businesses, these being Sweden-based companies Tetra Pak and DeLaval, as well as the Italian-based firm Sidel.

Tetra Laval’s headquarters is based in the Swiss municipality of Pully.

Across all three parts of its business, the firm has more than 35,000 employees across 148 sites globally.

The company’s board is chaired by Lars Renstrom, who before being appointed to this role in 2016 was president and CEO of the Alfa Laval Group.

Japan-based Oji Holdings was founded in 1873 by industrialist Shibusawa Eiichi as Shoshi Kaisha.

Two years later, mills were established in the village of Oji, which led to Eiichi renaming the company after the location in 1893.

In 1933, Oji Paper merged with Fuji Paper and Karafuto industries, which saw the business produce 80% of Japan’s western-style paper.

In 2012, the firm transferred to a pure holding company and started to operate under the trading name Oji Holdings.

That same year, the firm was the third-largest business in the global forest, paper, and packaging industry.

Oji Holdings is most well-known as a producer of paper for printing, writing, and packaging – as well as manufacturing containers made from paper products, and chemicals used in the production of paper and paper packaging equipment.

According to Statista, as of 2018, the company has more than 36,000 employees based on production sites and forestry operations in locations such as Australia, Brazil, and Germany.

The firm’s current CEO and president is Masatoshi Kaku, who was appointed to the role in March 2019.

Amcor was set up by Yorkshireman Samuel Ramsden, who arrived in Australia and started the company under the name Australian Paper Manufacturers in 1860.

Though originally involved in the production of paper-based packaging, the firm now produces plastic packaging.

The corporation operates out of two offices, with its main headquarters in Southbank, within Australia’s Victoria state, and its corporate headquarters in Zurich, Switzerland.

According to Amcor’s 2020 annual report, it recorded net sales of $12.4bn, an increase from the $9.4bn it gained in the previous financial year.

Two years later, it bought the US-based firm Consolidated Papers, and has seen been slowly expanding its operations in South America, Asia, and Russia.

As a business, Stora Enso is most predominately known as a pulp, paper and corrugated packaging manufacturer – but is also involved in bio-based chemicals and wood products.

The firm’s head office is based in Finland’s capital of Helsinki, with it preparing to move to a new head office in the city made from “sustainable” wood.

As of 2019, Stora Enso has 26,000 employees across more than 50 sites in countries including Brazil, Belgium, Poland, and the US.

The firm’s current CEO is Swede Annica Bresky, who took on the role in December 2019 following the departure of Karl-Henrik Sundstrom.

According to its 2019 annual report, Stora Enso reported net sales of $11.8bn.

Crown Holdings was founded by Irish inventor William Painter in 1892 in Baltimore, Maryland, under the name of the Crown Cork & Seal Company.

It built its reputation as one the of the world’s largest manufacturers of aerosol, beverage and food packaging, as well as a developer of metal closures.

It first started to use the material in 1936, when Crown acquired the Acme Can Company, a developer of tin cans based in Philadelphia, Pennsylvania – where Crown Holding’s headquarters is now based.

CEO Timothy Donahue has been head of the business, which employs 33,000 staff, since 2016. 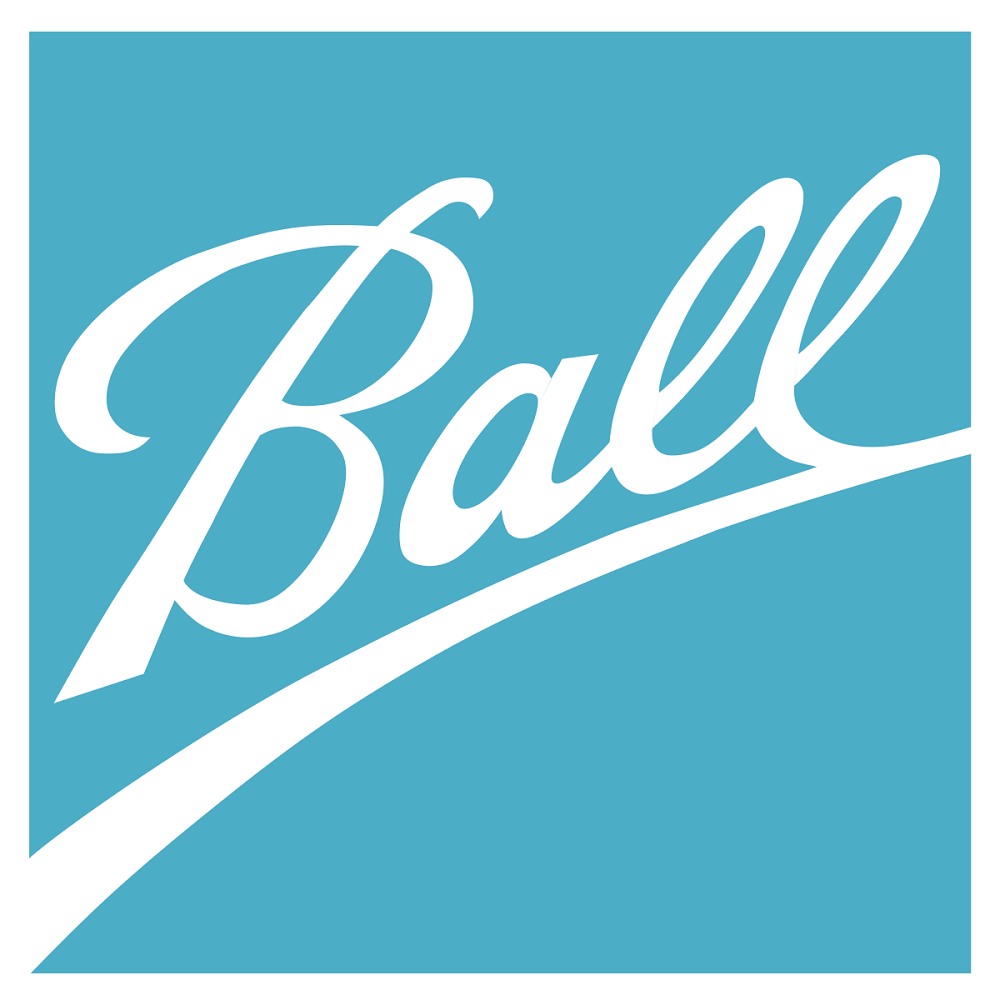 Founded in 1880 by five brothers as the Wooden Jacketed Can Company in Buffalo, New York, it wasn’t until 1969 that it became known as Ball Corporation.

Now based in the city of Broomfield, Colorado, its main trade is in the development of metal beverage and aerosol packaging.

Ball Corporation employs more than 17,500 people, who work across more than 100 sites over five continents.

The company is run by John Hayes, who has been CEO of the company since 2011.

Founded in the Irish capital of Dublin in 1934, Smurfit Kappa is Europe’s largest developer of corrugated cardboard packaging.

The current name was adopted in 1938 when Jefferson Smurfit took over the business.

Liam O’Mahony had been chairman since 2007 but stepped down after the company’s annual general meeting on 3 May 2019. He has since been replaced by former Coca-Cola executive Irial Finan.

The company’s CEO is Tony Smurfit, the third generation of the Smurfit family to run Smurfit Kappa.

It has 46,000 people employed globally across 33 countries, including the Dominican Republic and Puerto Rico.

In March 2018, US giant International Paper Company tried to purchase the firm but dropped its interest after two failed bids.

Reynolds Group Holdings is the parent company of five major packaging businesses, and is the industry’s biggest company in the southern hemisphere.

Founded in 2008 in Auckland, New Zealand, the firm has its roots in the Reynolds Metals Company – which was set up in 1919 and was at one time the third-largest aluminium company in the world.

Reynolds Metal, which was known for its Reynolds Wrap foil, was acquired by aluminium group Alcoa in 2000.

He then merged his other packaging companies into Reynolds to form Reynolds Group Holdings.

Subsidiaries work in the development of plastic water bottle lids, containers and cartons.

According to Bloomberg in 2019, Reynolds Group Holdings has 27,000 employees.